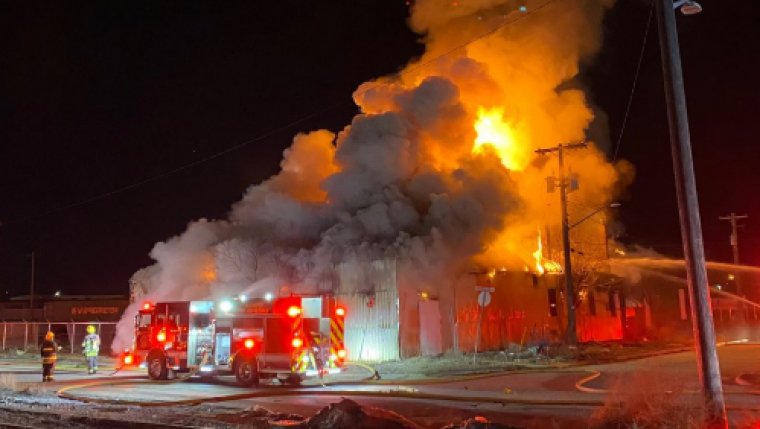 WINNIPEG - No one was injured in an early morning warehouse fire on Charles Street near Sutherland Avenue. The blaze was spotted by Air 1, the city police helicopter. When crews arrived, the flames were too advanced to allow firefighters into the building so it became a defensive attack with aerial ladders. The chopper and the WFPS drone provided visual help. No word yet on cause or damage estimate.