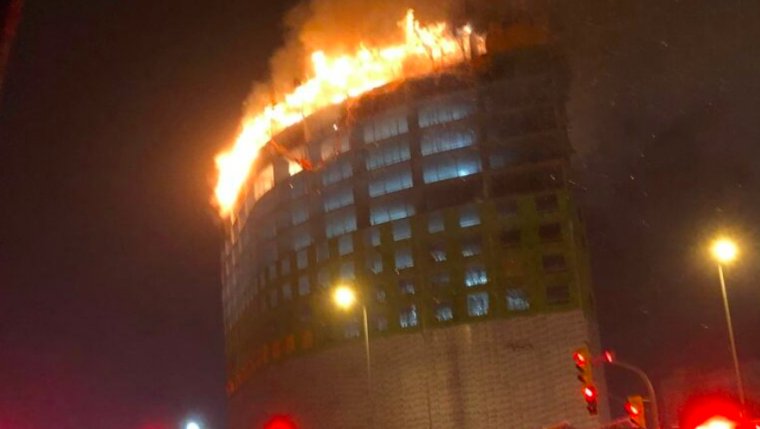 WINNIPEG –Part of Pembina is closed due to a structure fire that started just after midnight on Saturday the Winnipeg Fire Paramedic Service responded to reports of a fire in a 15-storey building on Pembina Highway.

The fire warranted a second alarm thus increasing the number of trucks and crew members on the scene, due to the potential for high life hazards when dealing with a high-rise structure.

When crews arrived at the fire, on Pembina and Bison Drive, there were heavy flames and smoke coming from the building. Firefighters launched a defensive attack using aerial ladders and deployed the WFPS drone for situational awareness. Crews also extinguished smaller fires around the building that ignited as a result of falling debris.

The situation is ongoing and crews are expected to remain on scene well into the day.

Two nearby residential buildings were evacuated as a precaution, but all residents have since returned to their homes.

Pembina Highway is closed in both directions from Bison Drive to Dalhousie Drive while crews complete their work on scene. The City of Winnipeg is monitoring the area and applying sand and de-icing agents as required.