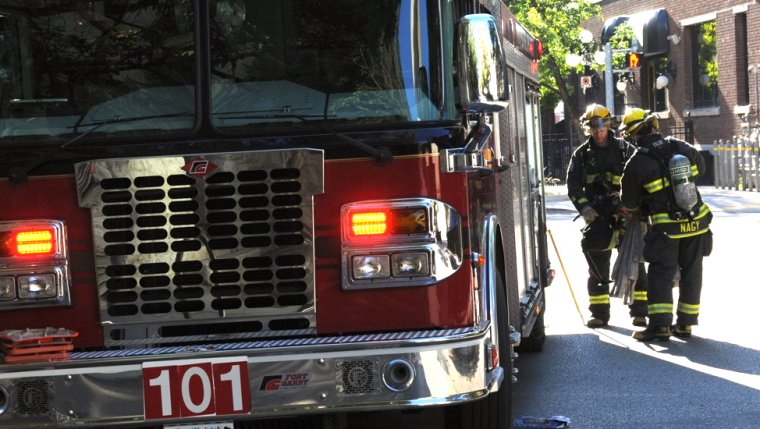 UPDATE - The City of Winnipeg has issued the following release regarding the carbon monoxide leak at the Super 8 on Portage Avenue.

At 10:19 a.m. the Winnipeg Fire Paramedic Service responded to an automatic alarm indicating carbon monoxide gas in a hotel in the 3700 block of Portage Avenue. Once on scene, crews detected carbon monoxide of various levels, up to 385 parts per million, throughout the building.

Crews worked to evacuate the building. So far, crews have transported 46 patients to hospitals in varying conditions. At least 15 were transported in critical condition and five in unstable condition. The WFPS worked closely with the Winnipeg Regional Health Authority and Shared Health to determine patient distribution to hospitals across the city.

In total 52 individuals and one dog were in the hotel at the time of the alarm. Winnipeg Animal Services attended to provide care for the dog.

Manitoba Hydro has shut off gas to the building and is working to determine the cause.

WINNIPEG - A Carbon Monoxide leak at the Super 8 on Portage Avenue has lead to the hospitalization of a number of people inside the hotel.

Emergency personnel are on the scene and Manitoba Hydro put out the following tweet.

More information will be released as it becomes available.