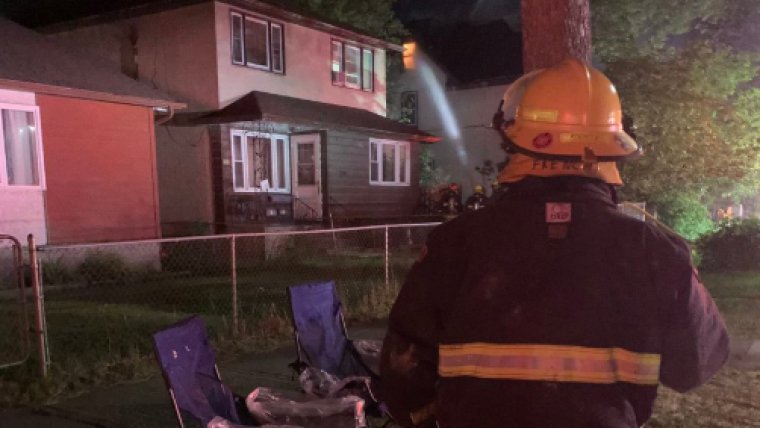 WINNIPEG - A firefighter has been hurt battling a blaze in Point Douglas.

The firefighter suffered minor burns fighting the fire on Austin Street early this morning. A resident of the home also went to hospital.

When crews arrived around two o'clock, the three story structure was fully involved with a person trapped on the top floor.

The resident was rescued but refused medical treatment.