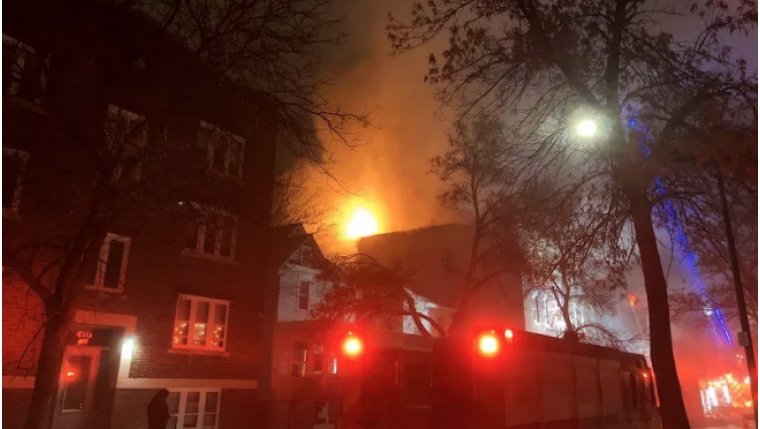 WINNIPEG - In the early hours of Boxing Day Winnipeg Fire Crews were battling a fire at an Apartment complex on Agnes Street.

At 2:21 AM on December 26, Firefighters responded to a three-storey apartment complex in the 500 block of Agnes Street. Crews entered the building to fight the fire, but due to deteriorating conditions crews were forced to exit the structure and transition to a defensive attack.

Officials said crews did complete a search of the building before exiting and were able to confirm that no person was inside, but one cat was and brought to safety. Neighbouring properties were also evacuated as a precaution.

Paramedics check a number of people on scene but no one was taken to hospital. The City’s Emergency Social Services team was on scene to provide support.