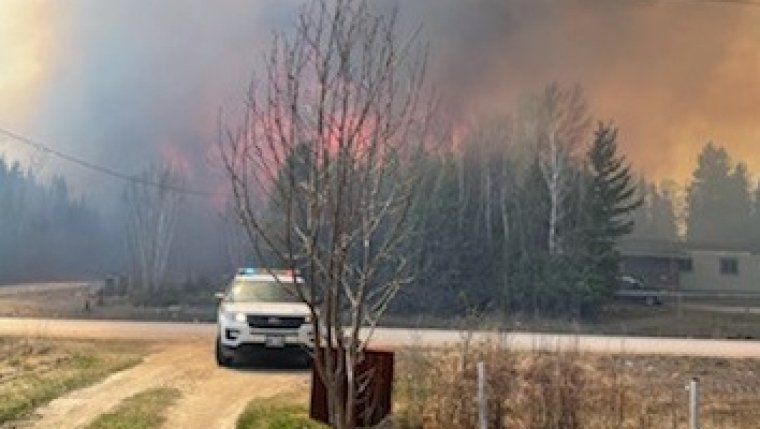 WINNIPEG - The Winnipeg Fire Paramedic Service says crews fought a wildfire near CentrePort for nearly four hours Monday night as it grew to the size of three football fields.

The city says firefighters responded to a report of grass and brush burning near the corner of CentrePort Canada Way and Sturgeon Rd around 8:15 p.m. The blaze was initially estimated to be around the size of a football field, but wind gusting up to 40 km/h caused it to quickly triple in size.

Firefighters used specialized equipment to fight the fire and protect nearby properties, including a drone to target flames and hot spots, staying on the scene until 1 this morning. The WFPS didn't report any injuries or what caused the fire.

The City of Winnipeg says residents need to be extra careful during the current dry conditions, with little to no precipitation expected over the next week throughout the province.

Detailed guidelines and bylaws for fire pit use in Winnipeg are available on the city’s website. The burning of yard waste, garbage, or scrap material is prohibited within city limits, and fires aren’t permitted when winds are moving at 25 km/h or more. Today’s wind speed is expected to be north at 20 km/h, but will gust up to 40.