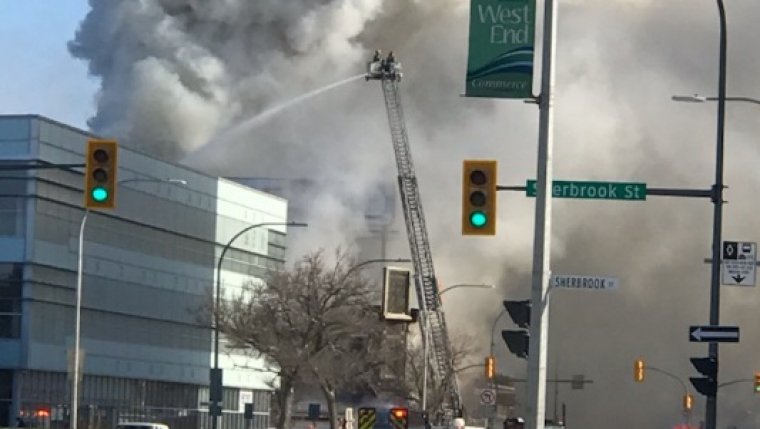 WINNIPEG - Two firefighters were hurt while battling three blazes in Winnipeg on Wednesday. One of the injured required treatment at hospital.

Extreme cold made fighting the fires on Portage Avenue, Pritchard Avenue and Logan Avenue even more difficult than usual.

The biggest fire was the one at Portage and Langside Street in the downtown area which started just after 9:30 a.m. It forced the closure of Portage to traffic. The two storey building which contained several businesses will likely be a total loss.

It’s too early for damage estimates and all three blazes are under investigation.