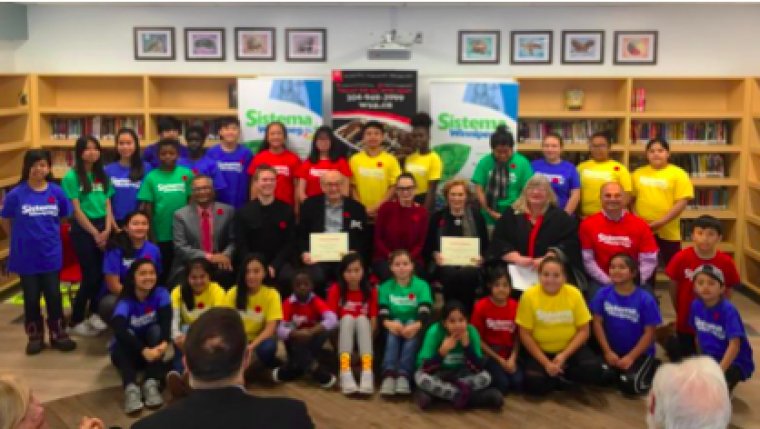 WINNIPEG - The Sistema program is an intensive music program developed for children with limited resources and the kids in this program are getting a huge treat on May 8, 2018.

Sistema Winnipeg students will play alongside the Winnipeg Symphony Orchestra (WSO) at the Michael Nozick Family Spring Concert at Maples Collegiate, Tuesday, May 8. The performance is hosted for the fourth time by CBC's Ismaila Alfa. This is the last Sistema concert to be conducted by Maestro Alexander Mickelthwate. Admission is by donation.

The concert is named after the Michael Nozick family after their generous donation of $500,000 in November 2017 to start an endowment fund for the Sistema program through The Winnipeg Foundation.

The concert will close with two special choral pieces performed with the WSO. First is "Into the Cracks of the Land," written by Sistema students of King Edward School with facilitation of Winnipeg singer-songwriter Raine Hamilton, with orchestral arrangements by WSO Composer-in-Residence Harry Stafylakis. Second is "Love People," a song with a powerful, unifying message written by a Sistema-inspired program in Srebrenica, Bosnia.

The Sistema program started in Winnipeg in 2011 and was inspired by the El Sistema program, developed over 40 years ago in Venezuela by conductor José Abreu. It's a daily, intensive music education program that focuses on children with the fewest resources. It delivers music training to children after school for three hours a day, five days a week, at no cost to their families.