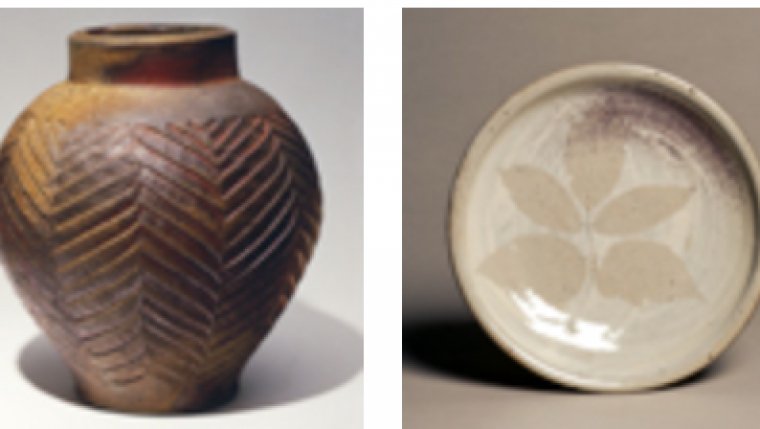 The Winnipeg Art Gallery (WAG) is pleased to present an intimate new exhibition featuring celebrated ceramic artist, Robert Archambeau. Curated by Dr. Stephen Borys, WAG Director & CEO, Robert Archambeau: A Conversation in Clay is a harmony of colours, textures, and glazes by the Winnipeg-based artist. The exhibition opens November 17, 2018 and runs until March 10, 2019.

Robert Archambeau: A Conversation in Clay brings together over 40 ceramic pieces produced over several decades, including group of important works donated to the WAG by the artist, which have never before been exhibited. The show coincides with the 50th anniversary of Archambeau’s tenure as an instructor—now professor emeritus—at the University of Manitoba School of Art.

In 1968, Robert Archambeau arrived in Winnipeg to teach ceramics at the University of Manitoba. The Ohio-born potter has become a leading figure in Canadian ceramic art.

His functional vessels are immediately identifiable from their confident profiles, subtle wood-fired glazes, and meticulous finishes. His work exhibits a quiet, masterful command of form and technique, with textures and glazes influenced by Asian ceramics and by the rural Manitoba landscape.

Honoured in 2003 with the Governor General’s Award in Visual and Media Arts, Archambeau was the first Manitoba artist to be recognized with this prestigious award.

The artist has exhibited internationally, including three solo exhibitions at the WAG: Drawn and Fired: Recent Vessels by Robert Archambeau (2013); Robert Archambeau: Artist, Teacher, Collector (2004); and Robert Archambeau. Vessels (1986). His work is held in numerous public and private collections. With this latest donation from the artist, there are now 70 of Archambeau’s pieces at the WAG, which holds the largest and best representative collection of his oeuvre.

Robert Archambeau: A Conversation in Clay includes artwork from both the WAG and private collections.

The public is invited to celebrate the launch of Robert Archambeau: A Conversation in Clay, along with four more new WAG exhibitions, on Friday, November 30 from 7:00 to 10:00pm.

The WAG is Canada’s oldest civic art gallery and houses over 27,000 artworks spanning centuries, media, and cultures, including the largest public collection of contemporary Inuit art in the world.

Recalling studio visits and conversations over the years, my vision for this show is to recreate some of those moments with Robert Archambeau in his space with his vessels. One piece leads to another, one form connects with another, one marking is linked to another–and you are left with something more, something greater than one artwork or one expression. But in their diversity of style, there is also incredible unity and harmony in his oeuvre.

It is, I hope… a distillation of the magic and mystery that surrounds me… and at its best is serene, rich in detail, detached from the mundane, and timeless.