The Night Market is Back at The Downs 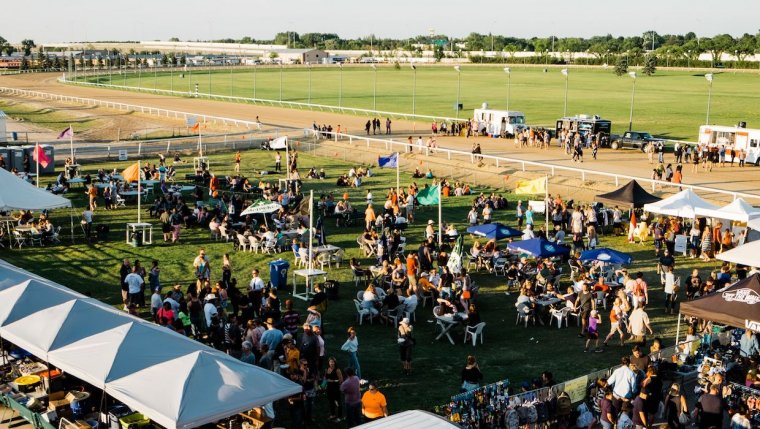 WINNIPEG - Last summer, The Night Markets at Assinboia Downs were all sensational successes.

This summer, the first Night Market of the year will be bigger and better than ever.

In fact, there will be Megabots with light sabres in a dazzling light show, free samples of locally-produced dill-pickle and rhubarb flavoured vodka, The Beatles in concert and a fireworks display that is second to none. And that’s just some of the highlights at the 2018 Manitoba Night Market and Festival, Sunday at Assiniboia Downs.

“We’re closing in on 200 exhibitors,” said Cory O’Grodnik, the Downs’ event coordinator in a written statement. “Last year’s two Night Markets attracted almost 20,000 people, which led to an explosion of interest in being part of this year’s two festivals, the second of which is in August.”

Admission remains at just $5 for the event, which runs from 3 p.m. to 11 p.m., and ends with a fireworks display by CanFire Pyrotechnics. Last year, CanFire won rave reviews for their outstanding display on Canada Day at the Downs.

And don’t forget, kids under five get in free.

“There will be two dozen food trucks on the race track (there is no live racing on Sunday),” said O’Grodnick. “There are more than 20 musicians performing both inside and outside the Downs’ complex, micro-breweries, beer garden and kids’ fun that includes pony rides, bouncy gym and a chance to play with the Bots. The Bots are part of a new act called the Megabots with Light Sabres in a super-cool light show.”

“And a first at this kind of event will be the sale of bottled cider and locally-produced flavoured vodka from Capital K Distillery, Dill-pickle vodka makes a great Caesar.”

Meanwhile, the food trucks will range from the Poutine King to Better Than Baba’s.