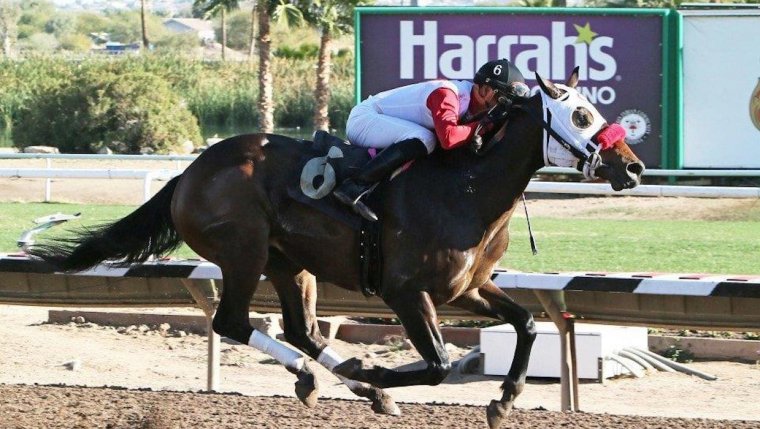 A year later, the Jets were purchased and moved to Phoenix, Ariz., and Doan went to become captain of the Coyotes and play 21 seasons in the National Hockey League.

Doan made a wonderful life for himself in Arizona and is still a hero in Phoenix, but this Friday night, he’ll return to Winnipeg and race at Assiniboia Downs.

Just kidding, an invading colt named Shane Doan is entered in this Friday night’s $18,000 Balooga Bull Stakes for three-year-olds and his owners and trainer hope it will be a first test before Shane Doan races in this 2018 Manitoba Derby.

“The connections of 2016 Manitoba Derby-winner Inside Straight have shipped in a colt for the Balooga Bull Stakes this Friday, giving rise to the speculation that this is a horse they may want to point to this year’s 70th Manitoba Derby in August,” said Ivan Bigg, handicapper and Insider editor at Assibinoboia Downs.

“Trainer Robertino Diodoro and Alberta sugar beet-grower Randy Howg have entered Shane Doan, a horse that won a $30,000 stakes at Turf Paradise and recently finished third in a $50,000 stakes at Prairie Meadows.”

Shane Doan will take on four other horses this Friday night. His toughest competition is expected to be Zack Ridge Road, a three-year-old that was claimed for $20,000 at Woodbine by Nick’s Inn owner John Ganas. He won a $20,000 race on the dirt at Oaklawn Park dirt and another on Woodbine’s Tapeta surface.

The three others in the field had finished first, second and sixth in an allowance optional $15,000 claimer at the Downs recently: Candy Giant, Vermilion Sky and Bonita Boss.

“Friday’s Balooga Bull Stakes was named to recognize one of the best horses to have ever raced at the Downs,” said Bigg. “Trained by Ardell Sayler and owned by Paul Brandt, Balooga Bull won the Winnipeg Futurity, the 2012 Manitoba Derby and an unheard-of three Gold Cups and many other stakes. He was named Horse of the Year twice.”

This week, Wednesday night racing got underway and it was an exciting card. Jockey leader, Adlfo Morales, won the first two races to start the Wednesday card by bringing home heavily-favored Madaket Morning in Race 1 and then by guiding Beach Mode to victory in Race 2 as he won his seventh and eighth races of the season.

So heading into the weekend, Morales remains on top of the jockey standings with eight wins while Francis and Whitehall have five wins apiece. Racing begins Friday night at 7:30.