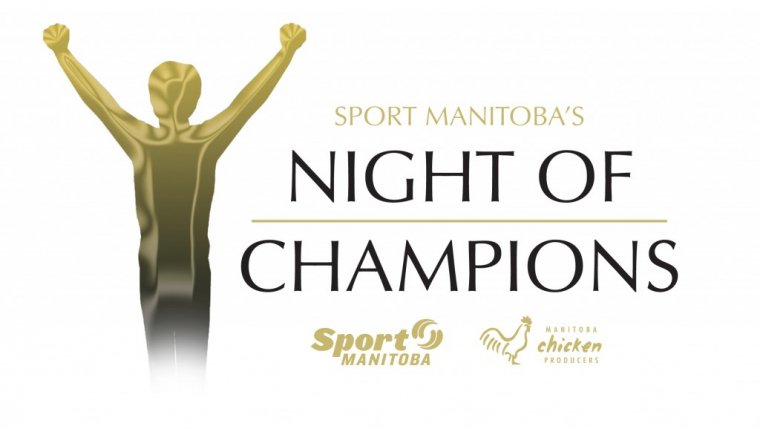 WINNIPEG, MB - Manitoba is home to some of the best and brightest athletes in the world, and on April 21st, their successes will be celebrated at the annual Night of Champions awards night.

Sport Manitoba and Manitoba Sportswriters and Sportscasters Association (MSSA) are partnering for the annual event, to celebrate the best athletes in Manitoba, while recognizing the accomplishments in sport across the spectrum.

"Manitoba's sport community is stronger than ever and it's an honour to celebrate the outstanding accomplishments of our athletes, coaches, volunteers, and officials at this prestigious event," said Jeff Hnatiuk, President and CEO, Sport Manitoba.

“We’re inspired by the commitment and dedication of all the nominees and we look forward to celebrating their achievements at Night of Champions,” said Stuart Nikkel, Manitoba Chicken Producers.

Tickets are available online for this event, which takes place at Club Regent Event Centre. It’s a great opportunity for people to come and meet many of Manitoba’s top athletes who will all gather in one setting.

"Again, as we have for the past six decades as members of the Manitoba sports media, it is a privilege to have had a role in selecting and honouring Manitoba's top athletes and teams in 2017," said Terry Frey, President, Manitoba Sportswriters and Sportscasters Association. "Congratulations to all the winners and finalists for your noteworthy achievements in the past year."

The list of nominees for this year’s awards are listed below:

The Manitoba Chicken Female Junior Athlete of the Year Nominees

The Manitoba Chicken Male Junior Athlete of the Year Nominees

The Calm Air Junior Team of the Year Nominees

OPIN Official of the Year Nominees

The MSSA reviews a long a list of athlete accomplishments and shortens the list to five finalists in each category.

The Labatt Female Athlete of the Year - Open Category Finalists

Among the MSSA awards to be presented at the dinner is the Cactus Jack Wells Memorial trophy, to recognize the event or individual creating a major impact on the Manitoba sports scene in 2017.