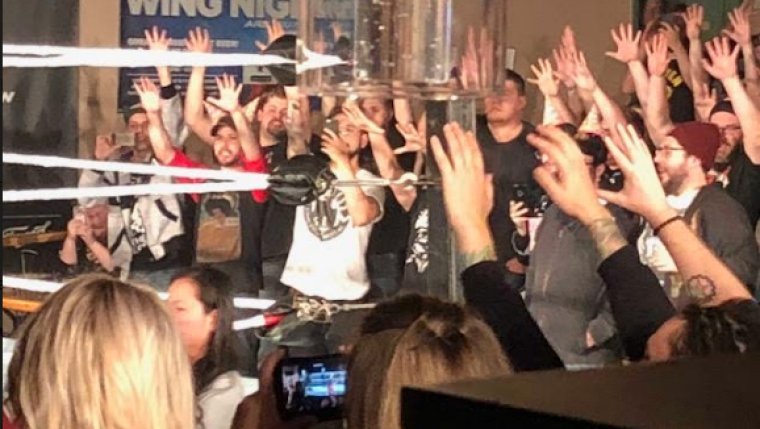 Kenny Omega, an international sensation in the wrestling industry and a cross-cultural inspiration for change as leader of the 'Bullet Club' had a joyful reunion with his hometown crowd in Winnipeg at a special Premier Championship Wrestling event Friday night.

Recognized by New Japan Pro Wrestling as World Champion, and much coveted by industry giant WWE, showcased his skills as an athlete and performer at "The One", a reunion of Omega with his original mates in PCW and the audience he helped build for Winnipeg's longest-running promotion.

Company owner Andrew Shallcross praised Omega for never forgetting his roots and continuing to help develop the confidence and in-ring competition in PCW:

"I knew from the beginning that Kenny was a special talent and his willingness to come home and perform for PCW shows that he’s a great person too. He loves the smaller more intimate show we produce and is always excited when his schedule allows him to be here." A film crew was busy all night on what Shallcross called "a special project".

The feature bout, a tag team affair pitting Omega and longtime partner Chris Stevens as "The Experience" against two longtime rivals from his PCW days, revolved around a 35th Birthday party for Omega with his parents in the front row.

To the shock of the jam-packed crowd the trainer of Omega, Don Callis, now Executive Vice-President of The Fight Network's IMPACT Wrestling, interjected in the procedings. 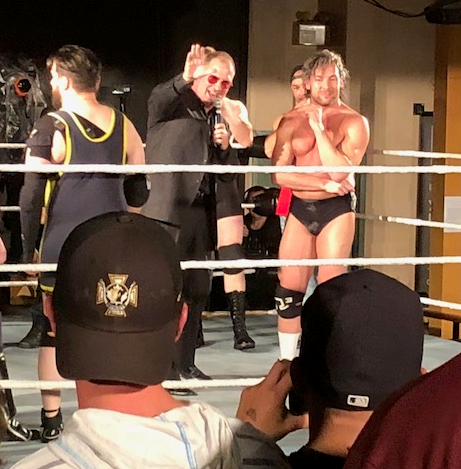 Callis competed in WWE as The Jackyl and established more notoriety as Cyrus in Extreme Championship Wrestling, and nowadays commutes between Winnipeg and international cards. He brokered a dream match in Tokyo between WWE superstar Chris 'Alpha' Jericho - also raised in Winnipeg - that drew 35,000 live and a huge worldwide following online in January.

As tributes flowed for the homecoming, the scene turned ugly when Callis aligned himself with a young upstart brother team that holds the PCW titles, turning the bout into a 3-team battle with Omega targeted, as Callis looked on with contempt. 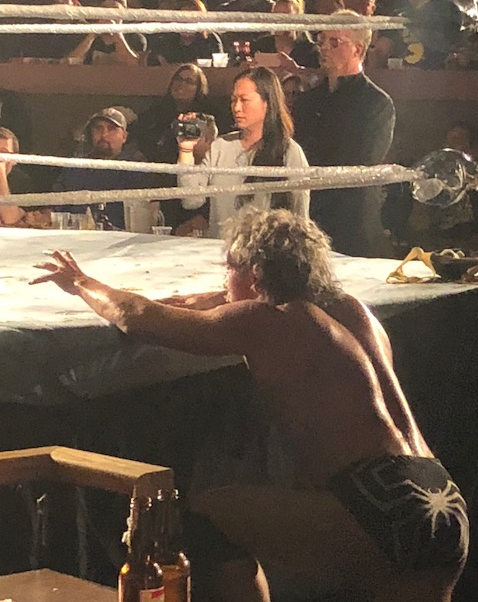 Mixed in with the athleticism and rib-jarring slams was a Monty Python-esque fear of the birthday cake- and of 15 pies carried to ringside. Herculean efforts to avoid the desserts were for naught, as Omega was the first of the competitors to taste the icing. 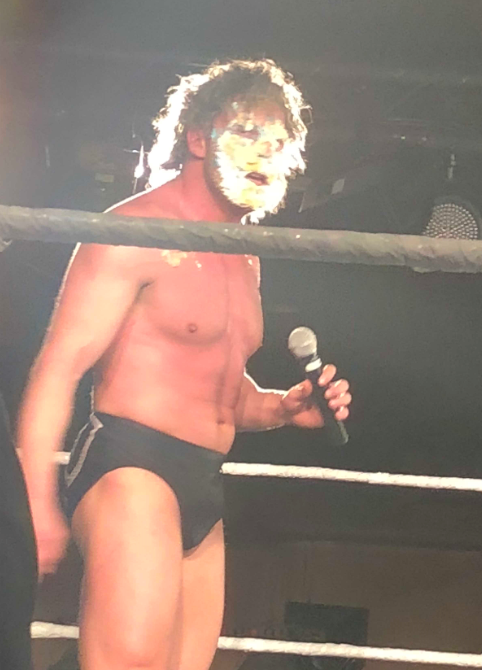 Depite the protests of Callis to the referee, the bout was allowed to continue as Omega and Stevens gradually regained the advantage. 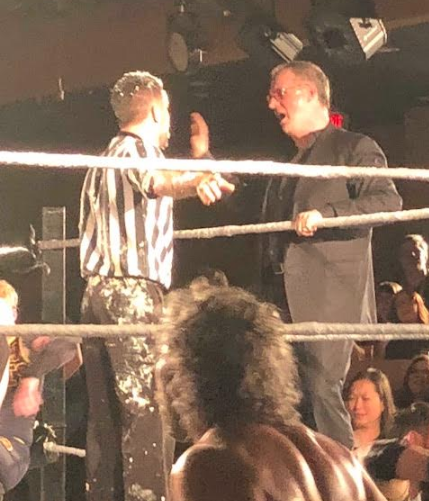 The climactic resolution of the contest was as double-team move when Omega hoisted one opponent onto his shoulders and Stevens came flying from the top rope armed with 5 pie plates to the kisser in a Pie Armeggedon finish, leaving fans at ringside splattered with whipped creme and chanting their satisfaction. 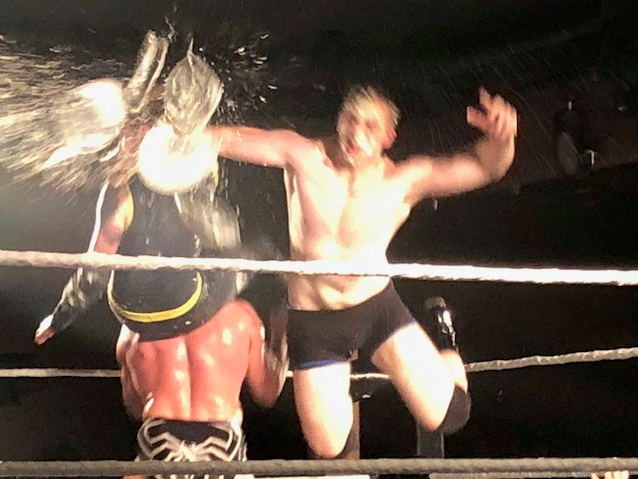 Omega and Callis are soon to depart on an unprecedented wrestling cruise under the auspices of Jericho, where the story between the 3 Winnipeg wrestling stars will continue to unfold at sea with supporting roles by stars from New Japan, Ring of Honor, and Impact, and special guests like wrestling legends Mick Foley and Ricky Steamboat.