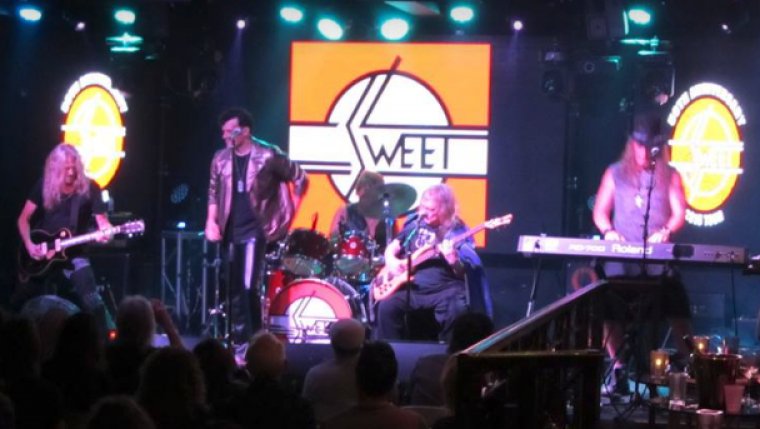 WINNIPEG - Classic Rocks fans will want to put this in their calendar, Sweet will play the Burton Cummings Theatre on October 18.

Legendary rock band shot to the top of the charts in the 1970's with a number of hits. Here's a few you will remember; "Ballroom Blitz", "Fox on the Run", "Love is Like Oxygen", "Little Willy", "Hellraiser", "Teenage Rampage", "Blockbuster" and "Action". 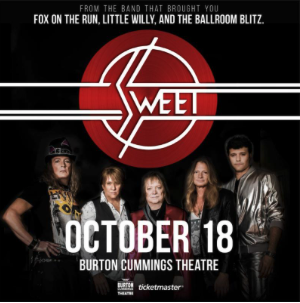 Formed in the U.K. in 1968, the original lineup featured vocalist Brian Connolly, bassist/vocalist Steve Priest, drummer Mick Tucker and guitarist Frank Torpey (later replaced by Mick Stewart and, subsequently, by Andy Scott). In 1973, the band produced their first number one hit, "Blockbuster," which went on to achieve platinum status. Sweet toured extensively and continued to chart with Chinn and Chapman compositions.

Fans were increasingly attracted to the heavier rock songs written by the group which appeared on the B sides of their singles, and the struggle for creative control ultimately led to a split with Chinn and Chapman. 1975 "Fox on the Run" (the band first self-penned single) reached the number two spot in the U.K. and top five in the U.S. charts. The Give Us A Wink album, released in 1976 and featuring the top twenty single Action, attained gold status in America and continued the group's move toward album-oriented rock. Sweet bounced back onto the charts in 1978, scoring another top ten hit in both the U.S. and the U.K with "Love Is Like Oxygen".

Sweet disbanded in 1981, 27-years later, in January 2008, Steve Priest assembled his own version of Sweet in Los Angeles, California. He enlisted fellow Brit Stuart Smith, an old friend and a classically-trained former axeman for the bands Sidewinder and Heaven & Earth, on guitar. L.A. native Richie Onori, Smith's bandmate in Heaven & Earth, was brought in on drums. The keyboard spot was manned by ex-Crow and World Classic Rockers alumni Stevie Stewart.