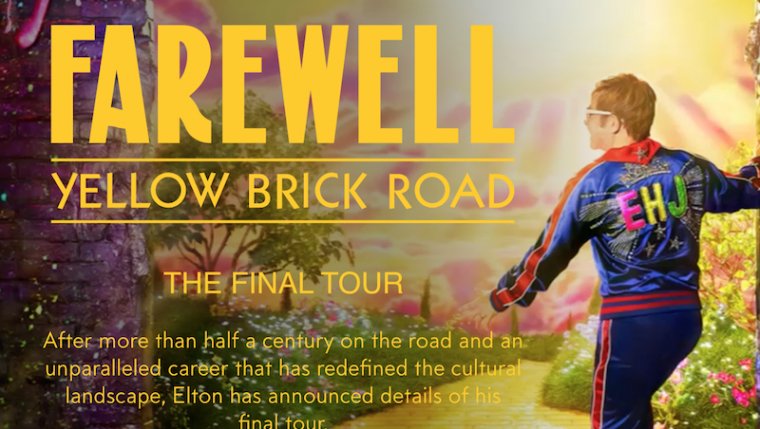 Elton John, one of the most successful male solo artists of all time has added Winnipeg to his list of cities he plans to visit for his Farewell Yellow Brick Road tour. He is coming to Winnipeg on October 4 and 5, 2019.

The Farewell Yellow Brick Road Tour kicked off to a sold-out crowd on September 8 in Allentown, PA. Taking the audience on a magical journey through his career, the show features some of Elton's most beloved songs from his legendary catalogue including, "Bennie and the Jets," "Rocket Man," "Tiny Dancer," and "Philadelphia Freedom." Elton's music has taken him to many places, opened many doors and inspired many passions in his life. The audience will experiences a rare glimpse into Elton's life and the deeply personal meaning behind some of his greatest hits, with mesmerizing, never-before-seen photos and videos shown throughout the show from his incredible 50-year career.

Tickets for these dates go on sale to the general public beginning Friday, October 5 at 10am local time but check local listings. Tickets and VIP packages can be purchased at EltonJohn.com.