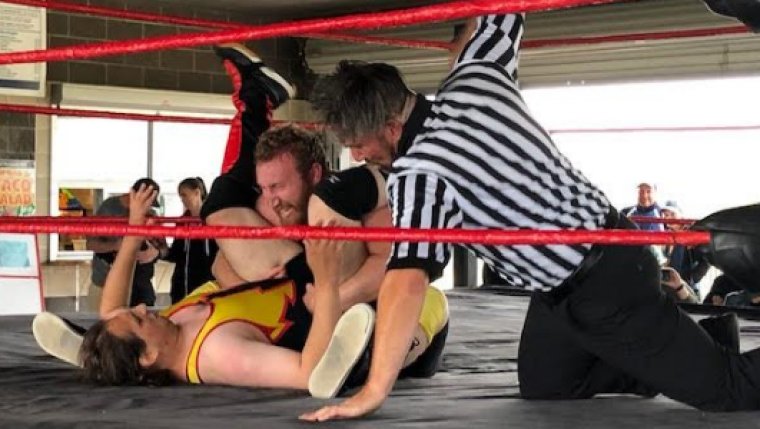 WINNIPEG - High energy professional wrestling scored a grand slam at the Kildonan Sports League Co-ed Softball playoffs at John Buhler Park in Transcona on Saturday. The stars of Canadian Wrestling's Elite were greeted by a loud responsive crowd of fans young and old, right from the opening bell.

The unorthodox dance moves of newcomer 'Razzle' Chad Dazzle of Kansas City entertained the audience coming out, but it was the ring mastery of the veteran MENTALLO once the bell rang that satisfied the true wrestling aficionados as he outclassed the youngster. 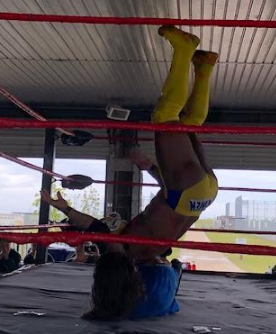 The next bout saw another newcomer, MMA and grappling expert Maverick West of Missouri, test his skills against The Mastermind Kevin Cannon. The fireplug certainly held his ground, until the experienced cheater found a way to maneuver a controversial 3 count. 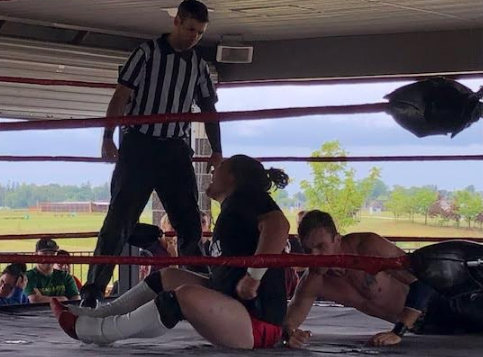 A match-up between 2 former training partners turned into a surprisingly hard-hitting contest, with the hyper-popular Cyber Sam Davidson besting the belligerent Dragneel. 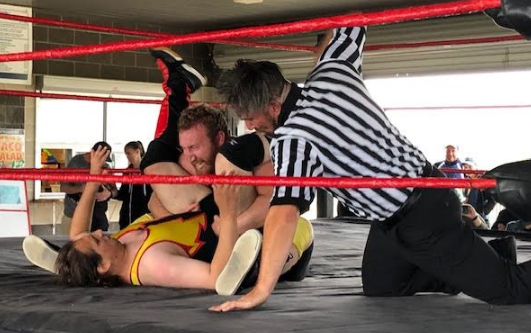 A much-anticipated singles contest was next between the 'King of Transcona' Scott Ripley and the 2019 Budweiser Open Invitational winner, Kevy Chevy. 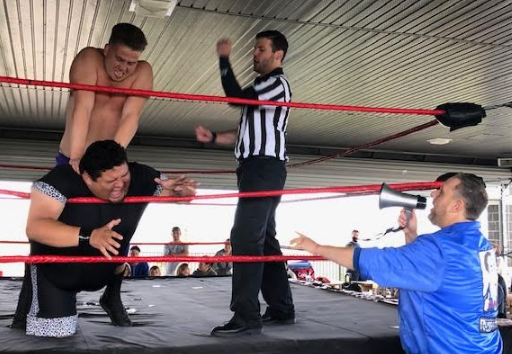 The Fabulous Creebird was hampered by the ongoing interference of Ripley's manager, Coach Kelly Russell. When he finally overcame the odds Kevin Cannon re-appeared to initiate a 3 - on - 1 beatdown. Kildonan Sports president Beautiful Bobby Jay decided to even the odds by bringing a bat into the ring and help Chevy, and after the resulting melee a tag team match was formally set as the new main event of the card. 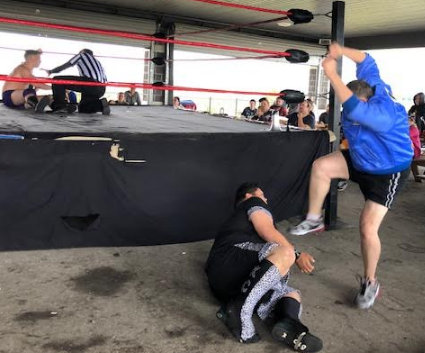 A heavyweight set-to brought the bizarrely attired Math Magician back to challenge former CWE champion Outlaw Adam Knight. The masked man held his own on the mat before being finally outgunned by the big cowboy. 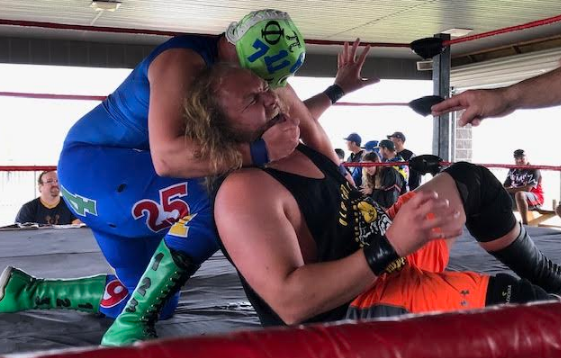 The tag team main event had an unusual stipulation, but fans went home happy fulfilled by the winning team of Jay and Chevy. Coach Kelly Russell was humiliated by getting a faceful of sweaty backside from Bobby Jay, and his team of Ripley and Cannon soon suffered the same fate. 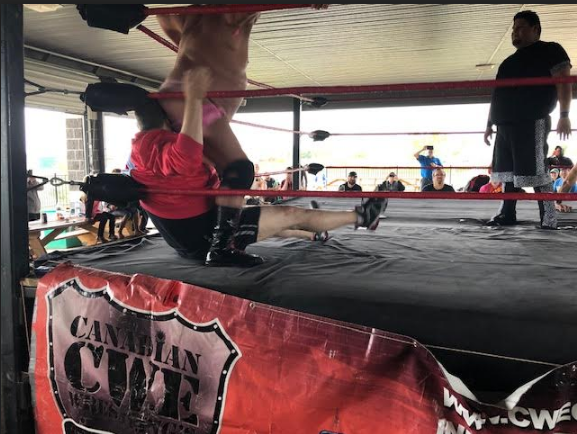 The next CWE event is coming up on Friday August 30th - also in Transcona - at Rookies Sports Bar, featuring the 2019 Super Jobbers Cup and a special appearance by the ECW legend, Sabu.

{ Marty Gold has worked in the professional wrestling game as a producer, broadcaster, performer and historian since 1980. To support his ongoing, unique news and sports reporting, you can chip in via https://www.paypal.me/MartyGoldMedia}