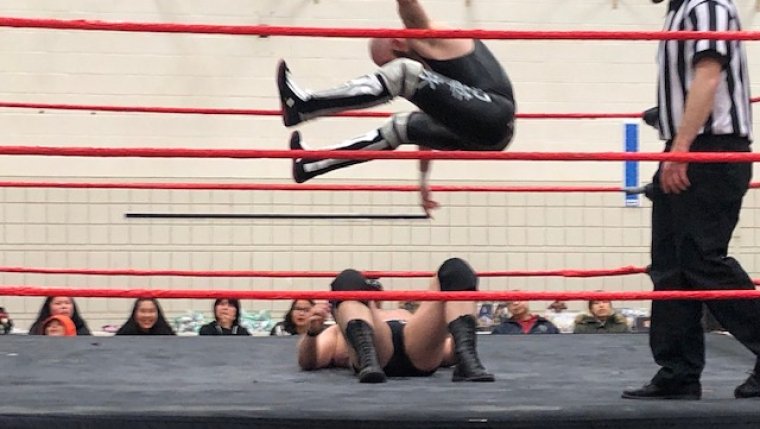 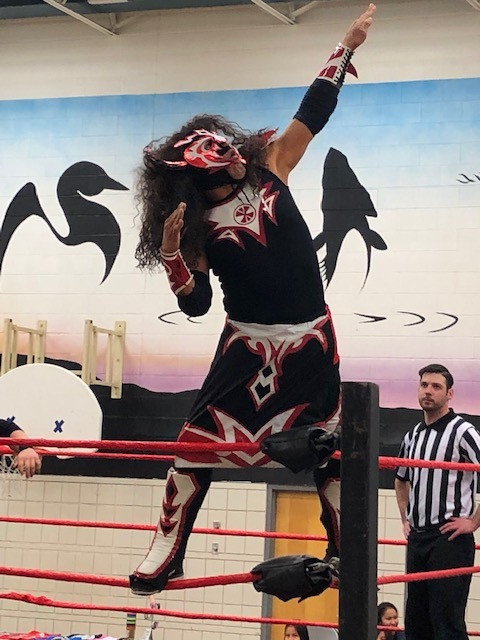 In the opener The Rebel Bobby Collins was allowed back onto the reserve after controversial antics two years ago. The crowd could not have been happier as ‘Mr. Beefy Goodness’ Vance Nevada used a flying crossblock to score the victory. 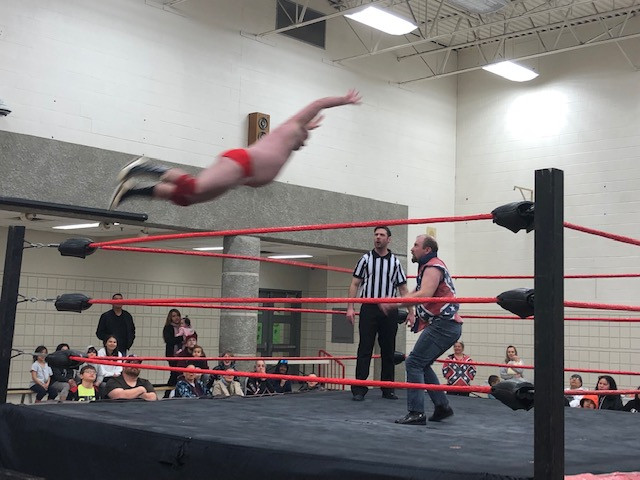 The second match was a special Women’s contest. The Spectacular Maddison Miles showed she was the better wrestler but Alix Zwicker showed she knew the tricks to score a disputed win by pinfall. 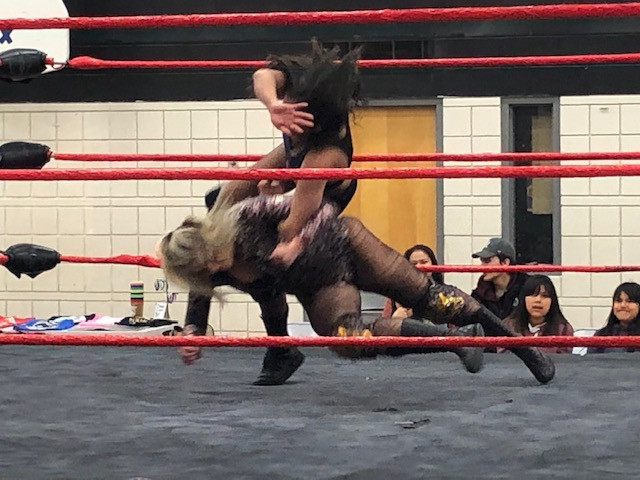 An international tagteam spectacular was next up with the “Belgian Bull” Robin Lekime teaming with the Austrian tough man Martin Pain. Across the ring was longtime fan favourite MENTALLO partnered with the star attraction of the Decade of Dominance tour, the Lucha Lubre legend Psicosis. The fans cheered as the masked men scored the victory. 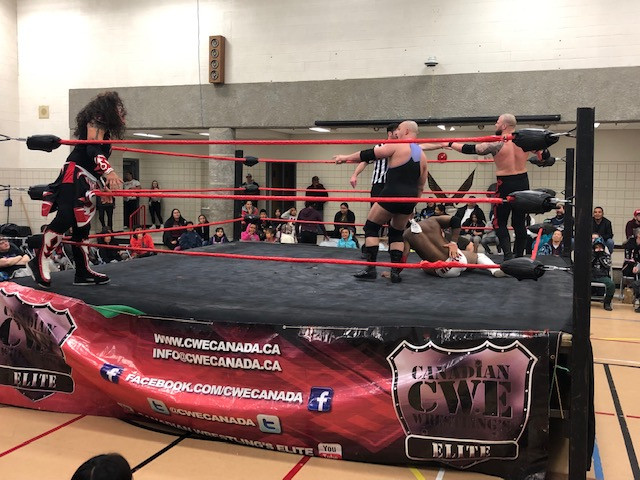 A singles match of two top contenders went back and forth as the 7 ft. Tall Giant from Barcelona, Alex Ace, battled the Canadian Hercules Tyler Colton. A huge leg drop was not enough for the Spaniard to overtake the experience of Colton, who took the duke with his patented Powebomb. 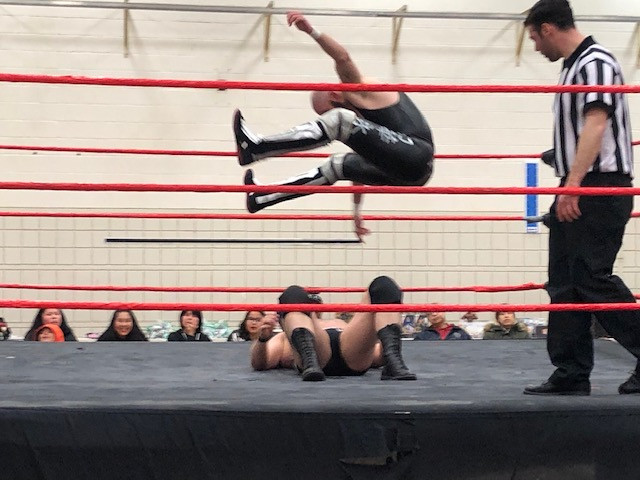 The CWE Tag Team titles were in the line in the main event as CWE Heavyweight Champion Hotshot Danny Duggan sided with Germany’s Norman Harras to challenge The Boston Bruiser, Kevin O’Doyle and the Canadian Crusher AJ Sanchez. It looked like Harras had scored the upset of the year when he pinned Sanchez - but the official reversed the ruling after allegations of rule breaking by the challengers. 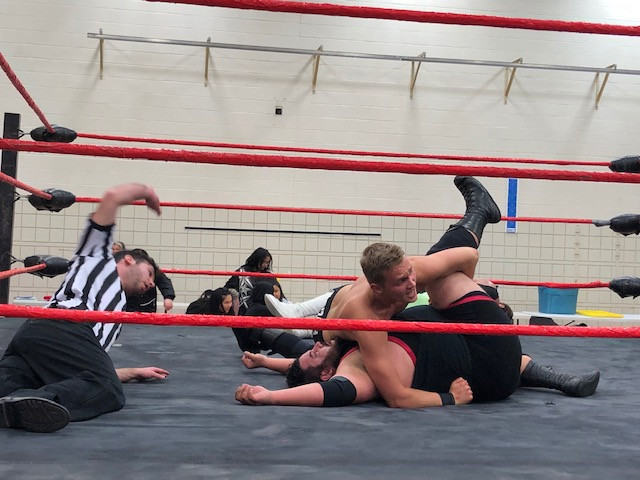 The tour makes two swings in Manitoba on the way in and out of the tour, with the big 10th Anniversary event at the Essence Event Centre on April 26th that features Psicosis as well as IMPACT Wrestling star Jimmy Jacobs and Ring of Honor headliners The Kingdom.

For ticket information go to CWECanada.ca 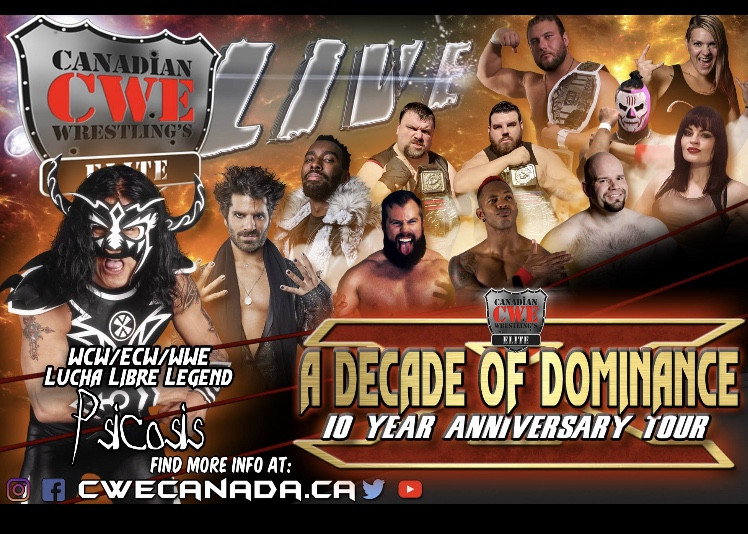 [ Marty Gold has been involved as "Dr. Marty Goldstein" in the professional wrestling industry as a writer/producer, TV commentator, wrestler, referee and manager since 1980. To support his sports and news reporting, you can contribute via paypal.me/MartyGoldMedia . His portfolio of wrestling book reviews, interviews and career retrospectives are found online via http://slam.canoe.com/Slam/Wrestling/home.html]