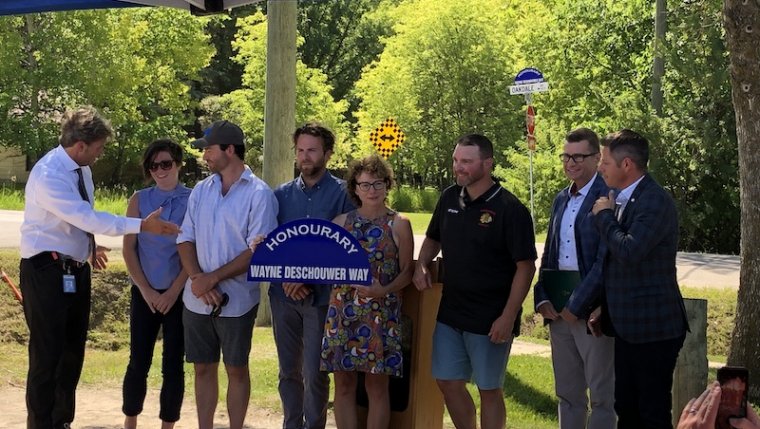 WINNIPEG - One hundred strong, they gathered in the brilliant Charleswood sunlight on Wednesday, to honour a leader, a mentor, a friend and especially a family man. 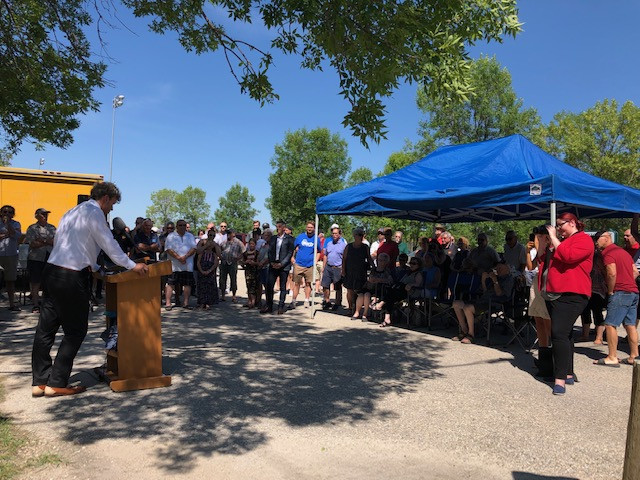 What began as an idea that Evan Duncan brought to area councillor Kevin Klein, came to fruition at the intersection that marks the centre of sports and community, as the honorary Wayne Deschouwer Way was dedicated at the corner of Coy and Oakdake, overlooking the ball diamonds and Eric Coy Arena. 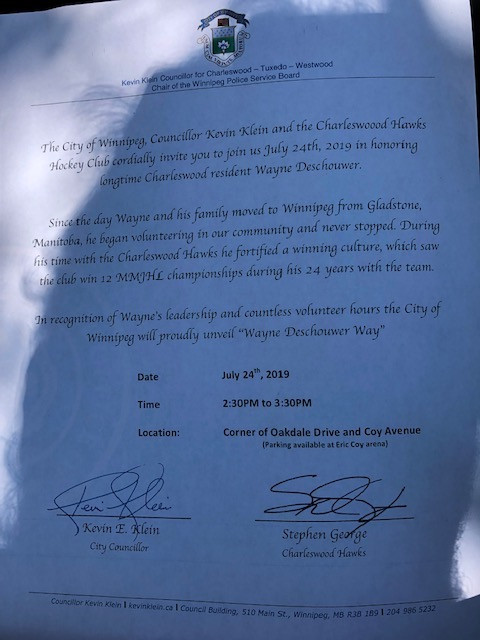 Wayne, who passed away suddenly last fall, was the key figure in the dominance of the Charleswood Hawks in cultivating a dozen Manitoba Major Junior Hockey League championships in his 24 years with the team. As a coach, team and sports league executive, umpire and tireless volunteer Wayne was the go-to guy and never let anyone down. Many of those whose lives he touched, including a couple of NHL players, were eager to show their respect and thank the family who shared Wayne’s time on earth with the community building recreation, teamwork and memories. 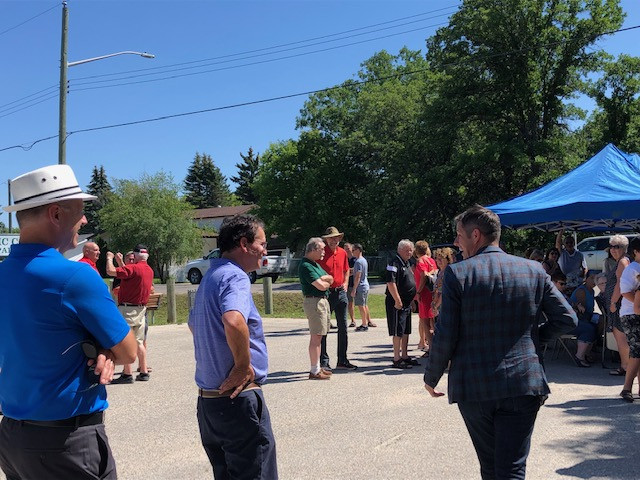 Coun. Klein, who hosted the ceremony, expressed his gratitude for the assistance of St. James Coun. Scott Gillingham and Mayor Brian Bowman in navigating the proposal for the honour through civic formalities. 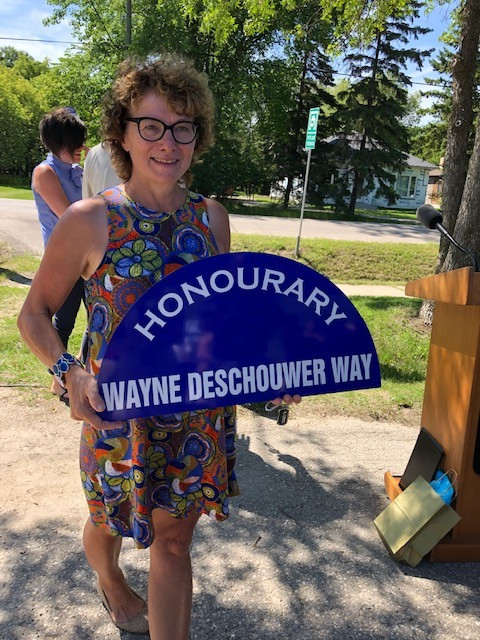 Bowman, who grew up on nearby Laxdal Road, spoke of the prominence of the Hawks franchise bringing pride to the community, and team President Stephen George joined the Deschouwer family in the presentation of their own copy of the new street sign marker. 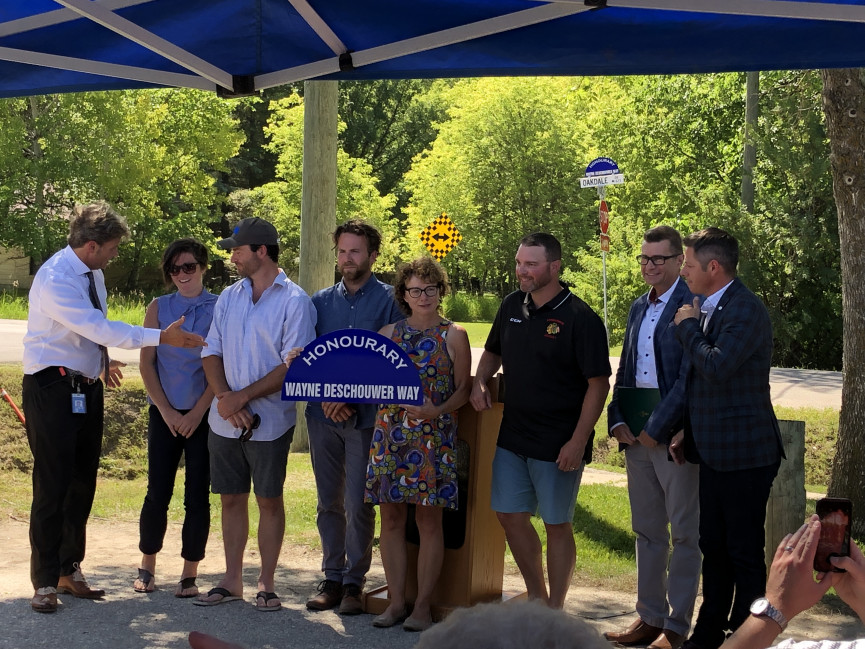 “He made the sports fields and arena a home away from home for players and parents,” the Deschouwer family told the crowd, adding Wayne valued his connection to Charleswood from the day they moved there from Gladstone. It’s been said that in Winnipeg, community sports is the great unifier, and truly, it brought everyone together in tribute to “a real leader by example”, for whom his memory was shining as bright as the July sun in the sky.

( Marty Gold breaks news about current affairs and community causes on a variety of platforms, and is planning extensive independent coverage of the upcoming provincial and federal elections. He blogs at http://tgcts.blogspot.com/and contributions towards the costs of his election and news reporting is gratefully accepted at https://www.paypal.me/MartyGoldMedia)