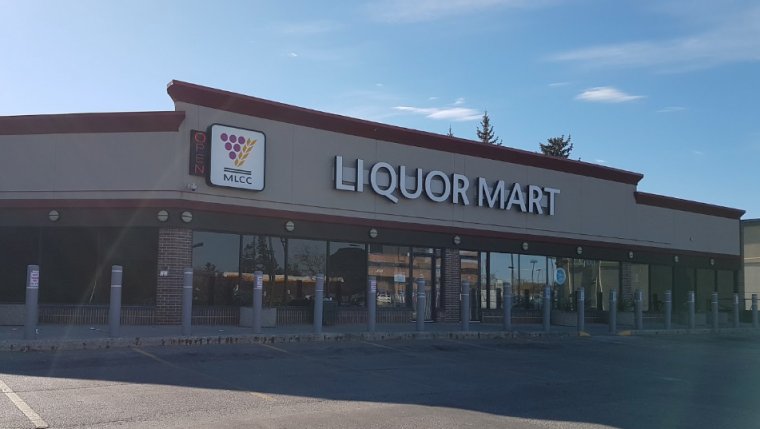 WINNIPEG - Police arrested a 16-year-old responsible for 23 different robberies at various Liquor Marts in the city.

Police said on August 24th at approximately 4:00PM, four suspects went to a Manitoba Liquor Mart in the 2800 block of Pembina Highway, parking at the rear to avoid detection.

One suspect, an adult male, remained with the vehicle while the three other suspects, all youths, covered their faces and entered the Liquor Mart. Numerous bottles of liquor with a value between $3,500 and $4,000 were stolen and the suspects fled the area.

Then, at approximately 4:15PM, they drove to a second Manitoba Liquor Mart in the 400 block of North Town Road where they again parked at the rear.

The adult male suspect remained with the vehicle while two youth suspects covered their faces and entered the Liquor Mart. This time a store manager approached the youths and was immediately threatened. The youths then began to steal numerous bottles of liquor but were confronted by an off-duty RCMP member who had been in the store and identified himself as an officer.

The youths then began to assault the officer by throwing numerous liquor bottles at him, striking him in the head and allowing them to make their escape. It is estimated that $1,200 of liquor was stolen. The officer suffered minor injuries.

On August 30th round 5:00PM someone called 911 and hung-up the call from an address in the 300 block of Pacific Avenue. Shortly after, a dispatcher spoke with an individual who asked the police to come arrest him.

Police went to the home and placed one of the youth under arrest. Police identified the youth as being responsible for 23 different theft incidents at Liquor Marts and steal large amounts of liquor, total value of approximately $11,275. On many of these occasions, these thefts would be carried out with the help of several suspects. These investigations continue.

He was also processed on the strength of four outstanding warrants for charges of: