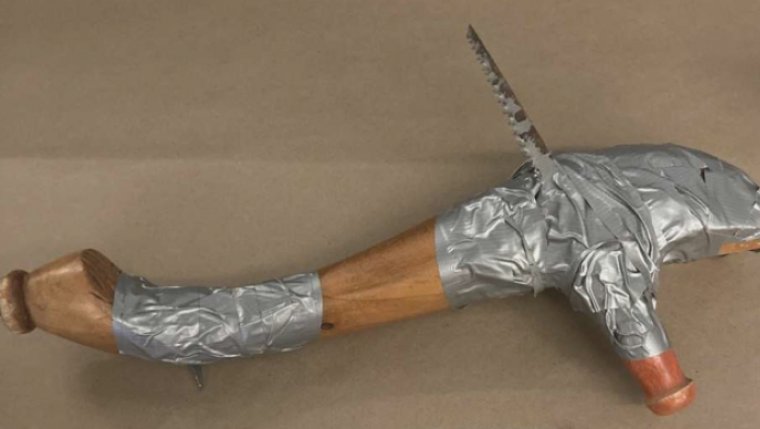 WINNIPEG - The Winnipeg Police Service says a man is in custody after being tased while brandishing a saw duct-taped to a table leg.

Police say they responded to a report about a man with a weapon described as a large knife taped to a baseball bat in the Pacific Industrial neighbourhood.

Officers found the man near the corner of McPhillips St. and Bannatyne Ave., at which time he wielded the weapon in a threatening manner. That’s when they noticed just how unusual a weapon it was.

The man refused repeated demands to drop the shank, so officers deployed a Taser before he was safely taken into custody.

A 34-year-old Winnipeg man is facing two counts of failure to comply with a probation order as well as charges of possessing a weapon and resisting a police officer.

Following the arrest, police confiscated the drywall hand saw, which had been affixed to a table leg. There was no word from the WPS on what happened to the rest of the table.