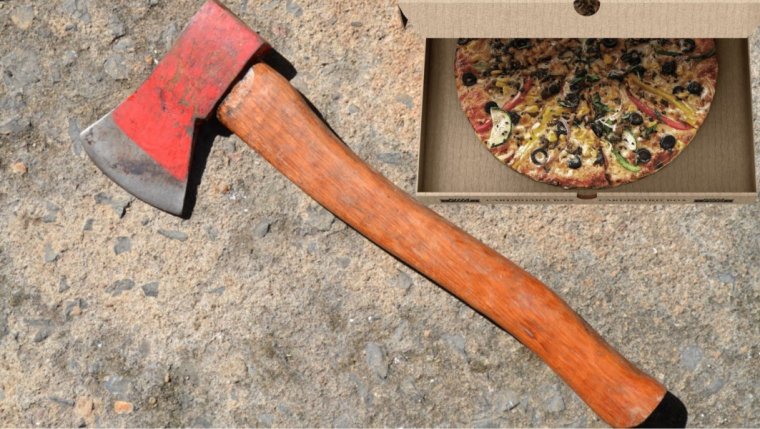 WINNIPEG - The Winnipeg Police Service says one man is facing charges and another is at large after two separate incidents involving axe-wielding, one of them for a pizza, within two days.

Police say a 31-year-old man was charged with possession of a dangerous weapon, public mischief, driving while prohibited, and assaulting and resisting a police officer after allegedly pulling an axe on police during a traffic stop on Maryland St. on Wednesday.

Officers say while establishing a driver’s identity after pulling a vehicle over, they learned he was a prohibited driver, and the accused then reached for an axe that had been concealed under the seat. Investigators say the suspect resisted being handcuffed, fought with the officers, and spit on an officer after being secured in handcuffs.

WPS says General Patrol officers responded to a report the next day of an armed robbery that had just happened on Stradbrook Ave. Investigators say a man was trying to deliver a pizza when he was confronted by another man brandishing an axe who demanded the driver hand over the pizza. The victim tried to escape with the pie, but police say the suspect chased after him until he was able to get to safety.

The Major Crimes Unit is continuing that investigation and is asking anyone with information about the incident to call 204-986-6219 or Crime Stoppers at 204-786-TIPS (8477).