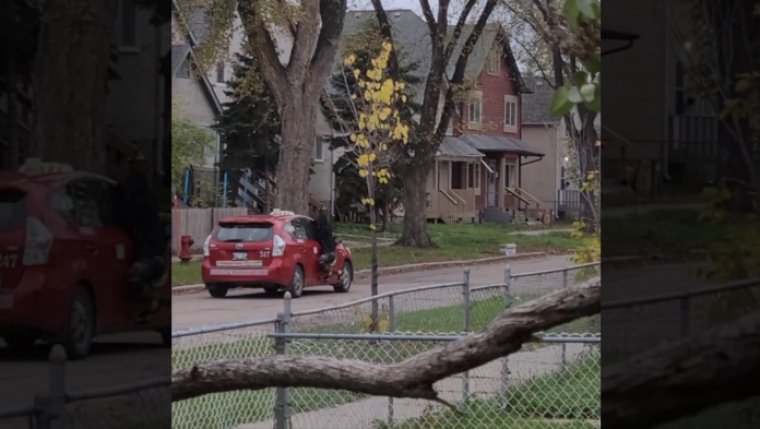 WINNIPEG - The Winnipeg Police Service says a taxi cab driver is facing numerous charges, including extortion and dangerous driving, after a young woman was seen being dragged by a vehicle as it drove off.

Police say they responded to a home in the St. John's neighbourhood at around 10 Wednesday morning after a 23-year-old woman reported she had left her cell phone in a taxi and the driver had requested money to return the device. Investigators were told the woman then spotted her phone and reached into the vehicle to retrieve it, suffering minor injuries as the cab drove away.

After a 10-hour investigation by the WPS Major Crimes Unit, a 51-year-old man was arrested; charged with extortion, driving carelessly, dangerous operation of a vehicle, and failure to exercise due care for a pedestrian on a highway; and was released on an undertaking.

This is the second time in under two weeks that a Winnipeg taxi driver has been accused of assaulting a passenger. Last week, a 44-year-old man was arrested and charged with assault and forcible confinement after a 19-year-old woman said she was assaulted by a cab driver.

The charges in both cases have not been proven in court.