Winnipeg and Calgary Police Team Up For $10 Million Drug Bust 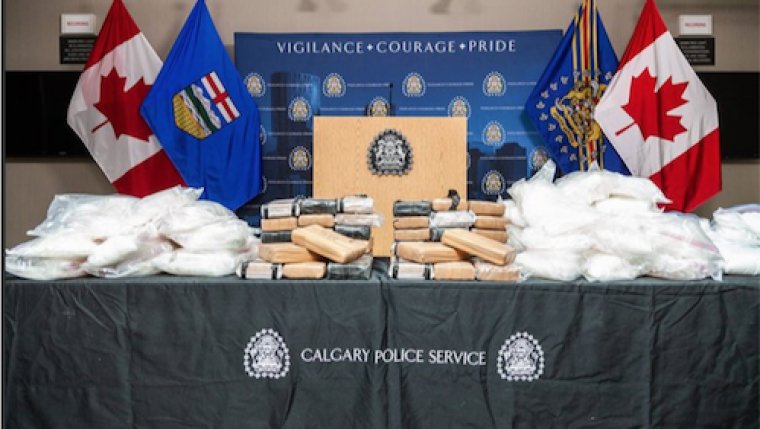 WINNIPEG - Police from Winnipeg and Calgary investigated an interprovincial drug courier which led to eventual seizure of $10 million in illicit drugs.

In October 2019, the Winnipeg Police Service Guns and Gangs Unit initiated Project “Sasquatch,” which uncovered the details of an interprovincial drug courier who was transporting multiple kilograms of illicit drugs including Meth, Cocaine, Fentanyl and Heroin from eastern Ontario across the prairie provinces to Alberta.

Due to the overall scope of the investigation and inter-jurisdictional challenges, the Winnipeg Police enlisted the assistance of the Calgary Police Service who eventually took over the investigation.

On January 30, 2020, the Calgary Police Service located illicit drugs in the suspect’s pickup truck, which he was operating near Dorothy Alberta. A search of the vehicle led to the seizure of:

47.5 kg of crystal methamphetamine with an estimated street value of approximately $4.75 million

Jacob Cody Neumann, a 33-year-old male of Calgary, Alberta, was charged with Possession for the Purpose of Trafficking X2.