Weekend of Crime for Winnipeg Police 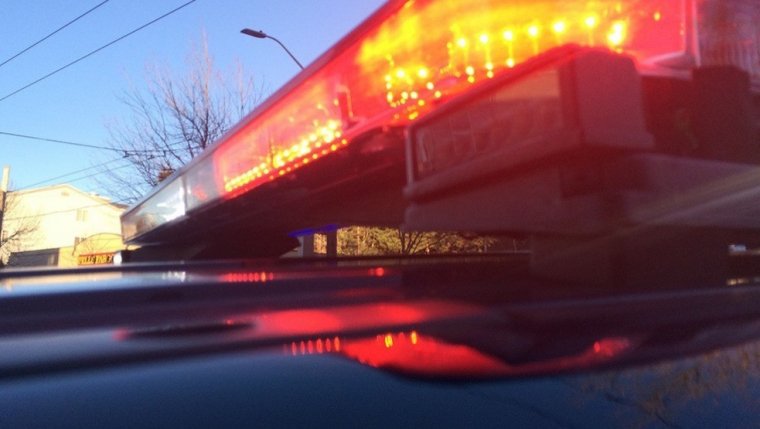 The Winnipeg Police had a busy weekend with a series of violent unrelated incidents that tapped police resources significantly. Only limited information is available as many of these incidents are still under investigation.

The following is a summary of the most notable incidents involving violence:

Armed Robbery – Oct. 27, 6:55 a.m., an armed commercial robbery occurred in the 1700 block of Portage Ave. Suspects armed with what appeared to be a shotgun. There were no injuries.

Armed Robbery – Oct. 27, 1:05 p.m., an armed commercial robbery occurred in the 700 block of Ellice Ave. 2 suspects were believed to be armed with what appeared to be a handgun. No shots were fired.

The following incidents all occurred on October 28, 2018:

Assault with a Weapon – 10:15 a.m., an adult male was assaulted with pepper spray at a residence in the 400 block of Ross Ave. One suspect was carrying what appeared to be a shotgun.

Robbery – at 4:30 a.m., an adult male was stabbed while in the area of Sargent Ave. and Maryland St. He is in stable condition.

Robbery – at 12:30 a.m., an adult male was robbed and stabbed multiple times in the area of Osborne St. and Rosedale Ave. The victim is in stable condition.

Shots Fired – at 10:00 p.m., shots were fired at an adult male by a residence on Dufferin. He was not struck. This is the third time in 2 weeks shots were reported in this vicinity.

Home Invasion – at 9:35 p.m., officers responded to a home invasion that had occurred on Manitoba Ave. One suspect was seen to have a shotgun. There were no injuries.

Commercial Robbery – Officers responded to a robbery of a business on Marion St. Two suspects were reported, one armed with a knife. There were no injuries.

Threats – Officers responded to the Health Sciences Centre for a report of an aggressive male threatening staff. A male, 46, was arrested and charged with Utter Threats.

Assault – at 5:25 p.m., officers arrested a male, 32, for assaulting a second male at a business in the 300 block of Portage Ave. The victim was not hospitalized.

Assault Peace Officer – at 3:00 a.m., a 36-year-old male broke into a residence on Roblin Blvd. Once inside he discharged a fire extinguisher. The male was arrested later in the day, at which time he assaulted the arresting officers. They did not require hospitalization.

Aggravated Assault – at 2:00 a.m., 2 groups of males confronted each other in the area of River Ave. and Osborne St. a 22-year-old male was seriously stabbed in the torso. He was rushed to hospital in critical condition, but has since been stabilized. A male, 19, was arrested and charged with Aggravated Assault.

Assault – Police responded to an out of control intoxicated female at a beer store on Pembina Hwy. The 31-year-old was arrested and charged with assaulting the employee.

Assault Peace Officer/Possess Weapon: at 3:20 p.m., officers arrested a male, 31, for assaulting a loss prevention officer at a business on St. James St. after he was detained for shoplifting. He was found to be in possession of a knife and a quantity of methamphetamine.

Robbery – 11:40 p.m., officers responded to a violent robbery that had just occurred at Cavalier Dr. and Gerrond Bay. A 16-year-old male had been assaulted and knocked unconscious. He was robbed of his wallet, cell phone and shoes. The suspects fled in a ½-ton truck. With the assistance of Air1 2 adult males were arrested and charged with Robbery. The victim was not hospitalized.

Robbery – at 12:30 a.m., a 24-year-old male was robbed by 3 suspects on St. Mary’s Rd. Officers. Officers located a suspect vehicle in the area of Henderson Hwy. and Whellams Lane. An adult male and 2 adult females were arrested and charged. A shotgun was located in the vehicle.

Assault – at 4:00 p.m., police responded to an out of control male at a business on Marion St. A male, 46 was charged with assault against an employee and Assault Peace Officer after attacking an arresting officer.

Stabbing – 8:10 p.m., officers responded to an adult male who was the victim of a serious stabbing in the area of Qu'Appelle Ave. and Carlton St. The victim was hospitalized in stable condition. This investigation is ongoing.

Robbery – 11:50 p.m., police responded to a robbery on Burrows Ave. The victim was confronted by a suspect armed with what was described as a shotgun. There were no injuries.

Commercial Robbery – 11:55 p.m., police responded to a robbery in 100 block of Marion St. The victim reports 2 male suspects, one armed with a knife. There were no injuries.