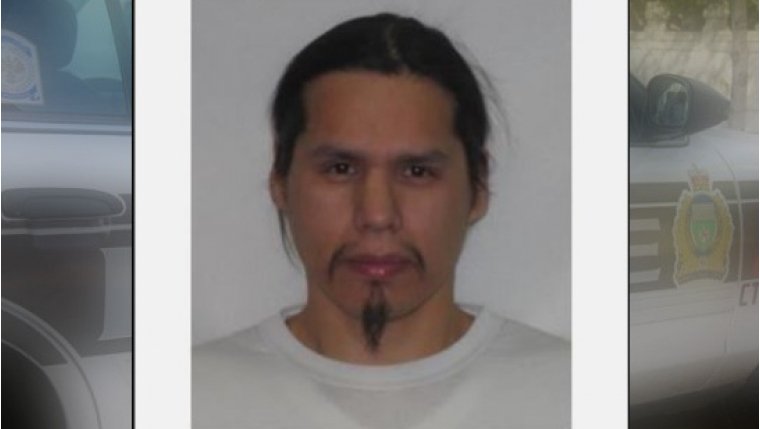 WINNIPEG - A high-risk sex offender was released from Headingly Correctional Institute today is warning the public, particularly females that they are at risk.

The Manitoba Integrated High Risk Sex Offender Unit (MIHRSOU) is a joint forces unit of the Winnipeg Police Service and the RCMP. MIHRSOU today provides information regarding Cecil Junior HOULE, (a.k.a. Chubby Houle and Junior Houle) 43 years of age, a convicted sex offender who is considered high risk to re-offend in a sexual manner. All persons, particularly females, are at risk of sexualviolence. 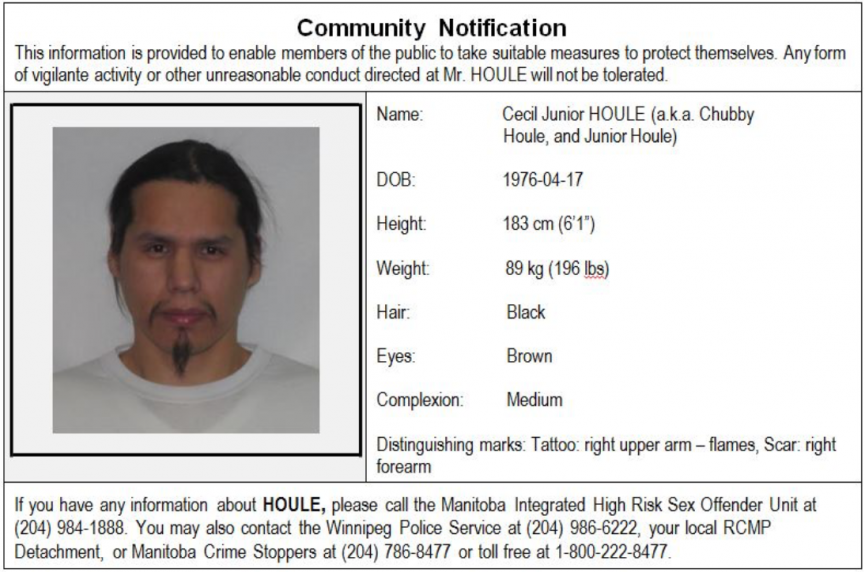 HOULE will be released from Headingley Correctional Centre, in Headingley, Manitoba today after having served a sentence for failing to comply with conditions of a recognizance order, which occurred in June/July 2018. The recognizance had been ordered in January 2018 when HOULE was released after having served a sentence for manslaughter and sexual assault cause bodily harm (12 year sentence in addition to 3 years pre-trial custody credit).

Upon release, HOULE will be subject to a recognizance order until January 15, 2020, a probation order until July 10, 2021 and a lifetime weapons prohibition. HOULE is expected to take up residence in Winnipeg, Manitoba.

HOULE has a history of sexual, violent and other offences. Although he participated in some treatment programming in the past, HOULE is still considered high risk to re- offend in a sexual manner. All persons, particularly females, are at risk of sexual violence.

HOULE is expected to take up residence in Winnipeg, Manitoba.

This information is provided to enable members of the public to take suitable measures to protect themselves. Any form of vigilante activity or other unreasonable conduct directed at HOULE will not be tolerated.

This information is also displayed on the Manitoba Justice Sex Offender Website: http://www.gov.mb.ca/justice/commsafe/notification/index.html