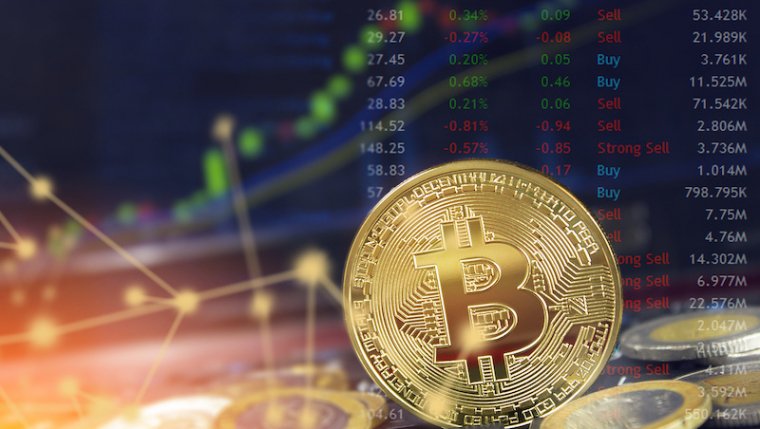 Posters have been located on or next to bitcoin ATMs informing users the Bitcoin ATMs are in the development of new software. Users are advised not to use their own bitcoin wallet to purchase and deposit bitcoin. They are directed to deposit purchased bitcoin into a wallet identified through a QR scan code on the poster. 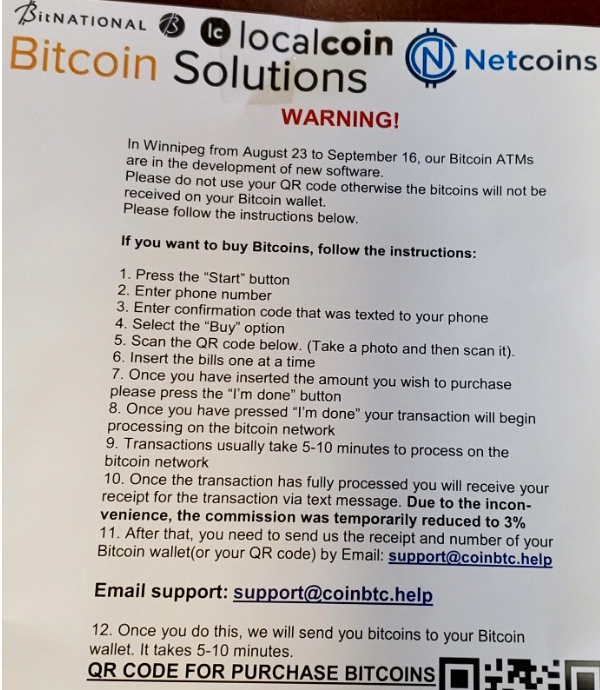 By following instructions on the poster, users are purchasing bitcoin with their own money and giving the bitcoin to someone else. Users should be advised they will be unable to retrieve these funds after completing the transaction.

Investigators have confirmed that these posters have not been put up by the owners/operators of the bitcoin machines.

Before using a bitcoin ATM, you should familiarize yourself with cryptocurrency in general and how transactions work. You should only purchase and send bitcoin into your own wallet or the wallet of someone you know.

Users should never pay for outstanding bills by sending money through a bitcoin ATM. Government agencies including the CRA, Manitoba Hydro, the Police, and all Banks and Credit Unions do not accept Bitcoin as a form of payment.