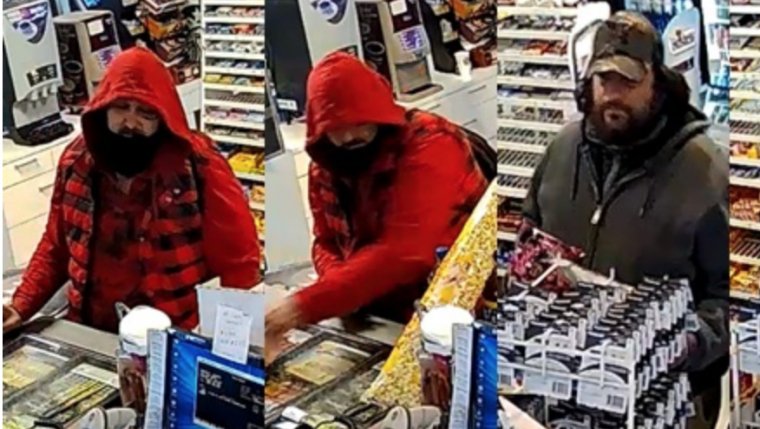 WINNIPEG - Police are looking for assistance from the public in identifying two men who robbed a man of his wallet as he exited a transit bus near Main Street and Jefferson Avenue.

The incident took place on March 22, 2019 at about 10:15 AM. Three men approached the victim and robbed him of his wallet. His bank card was then used a number of times at nearby businesses.

Two of the suspects have been captured on video surveillance and police are asking for assistance identifying them.