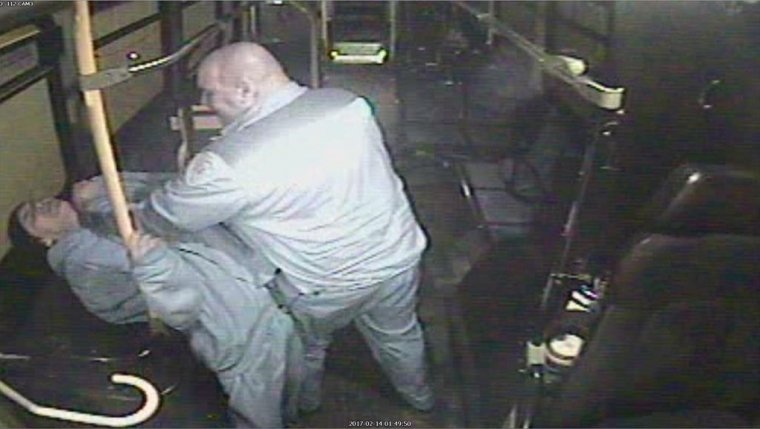 WINNIPEG — A jury found a passenger guilty of second−degree murder Thursday for stabbing a Winnipeg transit operator who had removed him from a bus at the end of a late−night shift.

Irvine Jubal Fraser, 58, was stabbed multiple times during a fight with Brian Kyle Thomas in February 2017.

Thomas, wearing a white dress shirt and a white rosary around his neck, stared ahead as the verdict was read out.

Second−degree murder carries an automatic sentence of life imprisonment with parole eligibility between 10 years and 25 years, which will be decided at a future hearing.

Fraser’s death prompted calls for increased safety measures on Winnipeg buses, including safety shields for drivers. Many people in Winnipeg Transit jackets filled the courtroom throughout the trial.

Aleem Chaudhary, president of Amalgamated Transit Union Local 1505, said the trial was very difficult for Fraser’s family and he hopes this brings them closure.

He added it has also affected "the entire transit family."

"Every worker has a right to a safe and respectful workplace," Chaudhary said in an email after the verdict. "No one deserves to be assaulted or killed on the job."

Part of what happened on the unseasonably warm winter night were captured on security cameras in Fraser’s bus and shown during the trial. They show 24−year−old Thomas asking where he is and if he can use a phone.

Fraser told him to leave the bus more than two dozen times before video shows the driver grabbing Thomas by the neck of his sweater and bending him over backwards before shoving him off the bus.

The defence did not present evidence during the trial. During closing statements lawyer Evan Roitenberg argued that the bus driver provoked the violent confrontation and may have been the one who pulled the weapon.

Security video showed the passenger throwing punches at Fraser from outside the door after he is pushed off the bus.

Crown attorney Keith Eyrikson argued that Thomas was looking for a fight and being kicked off a bus should not engender "murderous rage."

During closing arguments Eyrikson told court that within a span of seconds after getting off the bus the driver was stabbed multiple times.