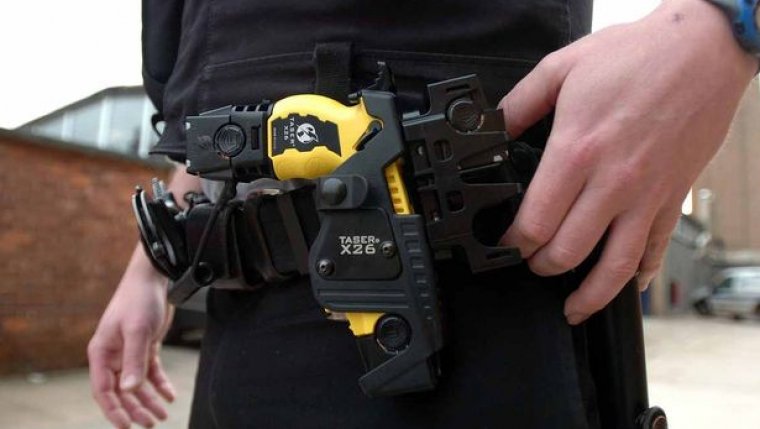 WINNIPEG - Police used a "Taser" on a 32-year-old man caught red-handed trying to steal a car on Saturday afternoon. It's believed recent drug use may have played a role in the man's behaviour.

Saturday, at around 2:05PM, officers were flagged down near Ross Avenue and Isabel Street by a group of people who told police a man was trying to steal a nearby car. The man was seen inside the car with a screwdriver and had started to kick at the windshield.

Officers located the man as he was still inside the vehicle. When police attempted to take the man into custody he locked the doors and refused to come out. The owner of the vehicle was able to unlocked the car and officers continued to ask the man to exit, but he continued to refuse.

As officers attempted to remove the man, he began to fight with them. A "Taser” was used in an attempt to gain compliance from the man who continued to act aggressively. During the struggle, the man grabbed hold of the "Taser" and was able to engage the device continuously. The device was later pushed into the face of one of the officers where it made contact twice.

Eventually the man was taken into custody and to hospital where he was treated and released. It is believed that recent drug use may have played a role in the man's behaviour. Both officers later went to the hospital for treatment of injuries they sustained during the arrest.

Police said Rodney Alvin Meeches, a 32-year-old man from Winnipeg, has been charged with: