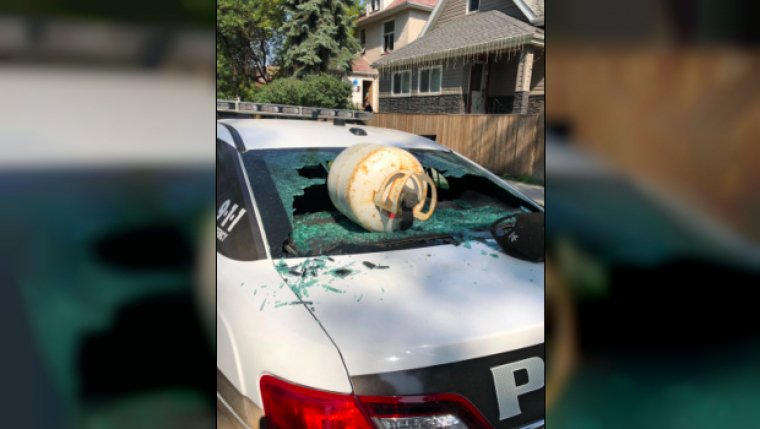 WINNIPEG - Police believe a 30 -year-old man who threw a BBQ propane tank at a cruiser, with an officer inside, was on Meth at the time.

Wednesday morning an officer was seated in the front passenger side of a cruiser on Redwood Ave, when a man approached the rear of the car while carrying a full-sized barbeque propane tank. The man, who is believed to have been high on methamphetamine, made no attempt to speak with police he simply threw the propane tank through the rear window of the cruiser. The officer was not injured. 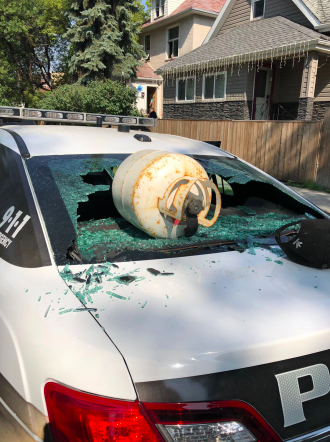 Richard Lee Friesen, a 30-year-old man from Winnipeg, has been charged with: