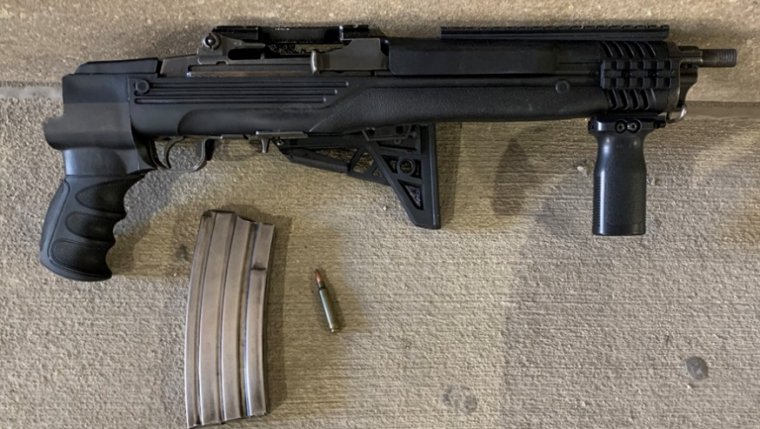 They were talking to a man who was caught trying to consume narcotics with a glass pipe when they noticed the weapon in his open backpack.

He was arrested and they also found a folding five inch knife.

He remains in custody.