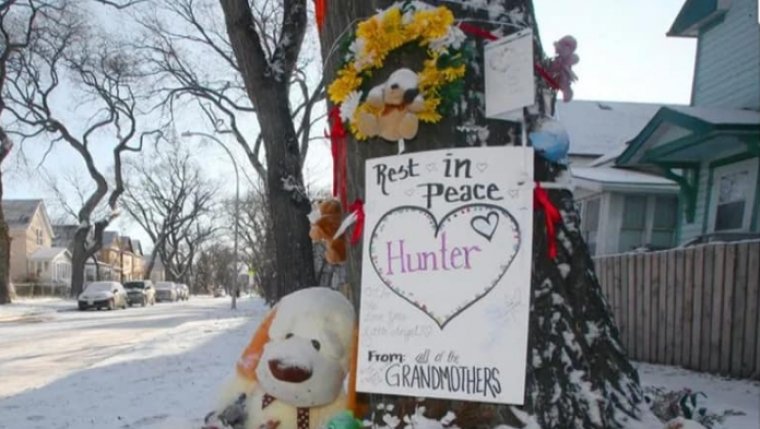 WINNIPEG - Jurors are scheduled to begin deliberating today in the first-degree murder trial surrounding the stabbing death of a three-year-old in Winnipeg's North End in 2019.

The Crown said there was no doubt the man charged in the stabbing, 34-year-old Daniel Jensen, is guilty. Jensen had pleaded not guilty, and his defence lawyer said the evidence was only circumstantial, since nobody witnessed the attack.

In closing arguments, Crown lawyer Jennifer Mann says the stabbing was an act of revenge toward the child’s mother, and that Jensen was enraged at his girlfriend, Clarice Smith, and wanted to hurt her "in the cruellest and most permanent way" by taking the life of her child. Jensen is charged with first-degree murder in Hunter’s death.

The court was told Jensen and Smith had gone to a North End Winnipeg bar, where prosecutors say Smith told Jensen she was moving away with the boy without him. During the trial, several witnesses testified the two then got into an argument that escalated into a violent fight, and the court was shown security camera footage of the bar.

The Crown said Jensen brutally punched Smith during the fight, and Smith also testified she punched Jensen after he said he was going to have Hunter apprehended. The Crown said Jensen then went to Smith’s home nearby and stabbed the toddler six times in the head and neck. Police were called after a family member found the injured boy in a bedroom.

The child was taken to hospital and placed on life support after suffering brain damage due to severe blood loss. He died three days later.