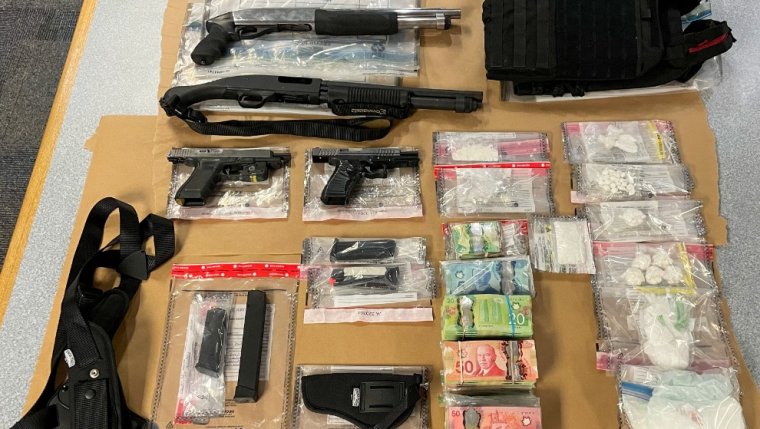 WINNIPEG - Three Winnipeggers face a variety of charges after guns, drugs and money were seized during the execution of a search warrant on a residence in the 1400 block of Molson Street.

The three adults, two men and a woman, are charged with more than 80 offences after an investigation by the Guns & Gangs Unit.

Four firearms were seized, including a 3D printed handgun and a pistol modified for automatic firing capacity.

Two of the three suspects are being named. 29 year old Cody Latrace and 31 year old Mick Mikolajczyk were detained in custody. The third suspect is a 23 year old woman who is not being identified. She was released on an undertaking as mandated by the criminal code.