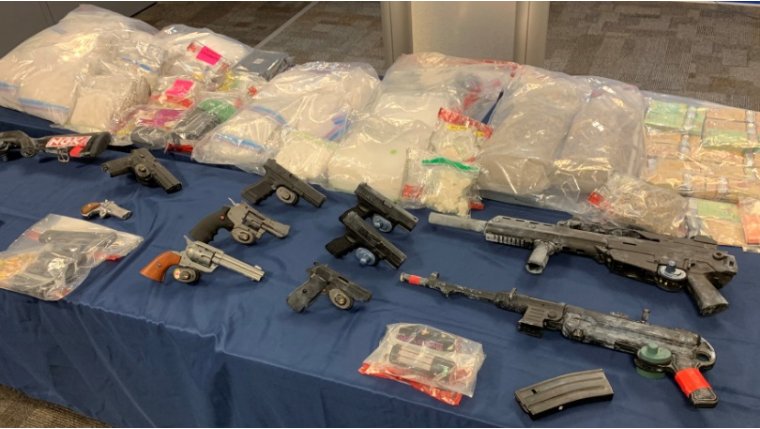 WINNIPEG - An investigation that began with a social media post has resulted in the seizure of a significant haul of guns, drugs and cash.

The Guns and Gangs Unit says the drugs total $1.5 million. There's $150,000 in cash. And there are numerous firearms and ammunition.