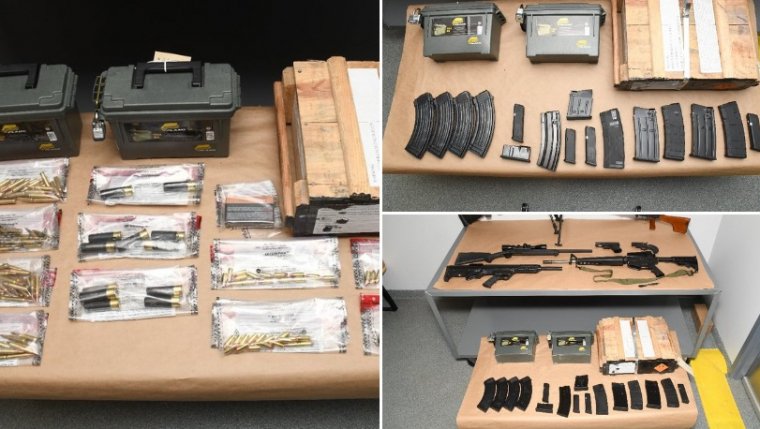 WINNIPEG - The Winnipeg Police Service says a 33-year-old Winnipeg man is facing 22 different charges after they discovered six guns and multiple rounds of ammunition following a call to a West End home about a woman being threatened with a firearm.

Several units were dispatched to the early morning scene after a caller mentioned the suspect had access to firearms. Officers say the AIR1 police helicopter spotted the man in the back yard of a single-family home walking back and forth in the process of loading cases into the trunk of a vehicle.

The WPS Major Crimes and Guns and Gangs Units continues to investigate.

An arrest has been made after we received a report of threats being made to a woman. A suspect male was placed under arrest. Officers discovered a number of firearms in the vehicle and subsequently more firearms and ammunition within the residence.https://t.co/bJs72AyHIh pic.twitter.com/SPGbgCuTBR