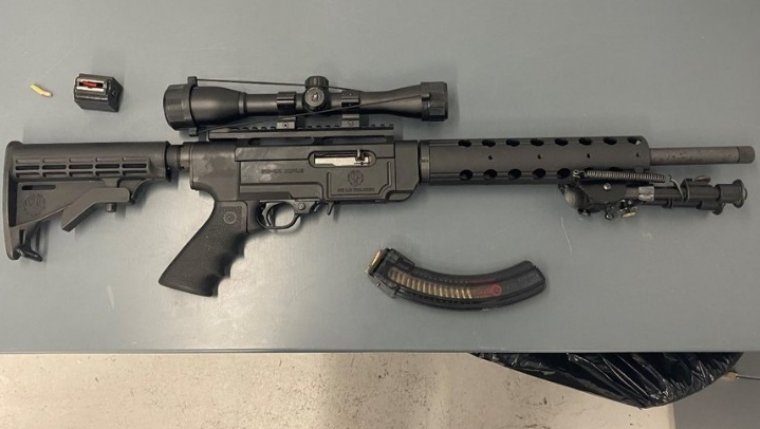 WINNIPEG - A woman has been arrested after a bizarre gun incident on the weekend.

On Saturday afternoon, police responded to the 200 block of Marion where a woman was seen acting strangely and trying to load a gun at the door of a dog grooming business.

A person distracted the woman while officers safely took her into custody.

A Ruger SR-22 semi-automatic .22 calibre rifle was seized. It was loaded with an extended magazine, but the gun was jammed with an unfired cartridge.