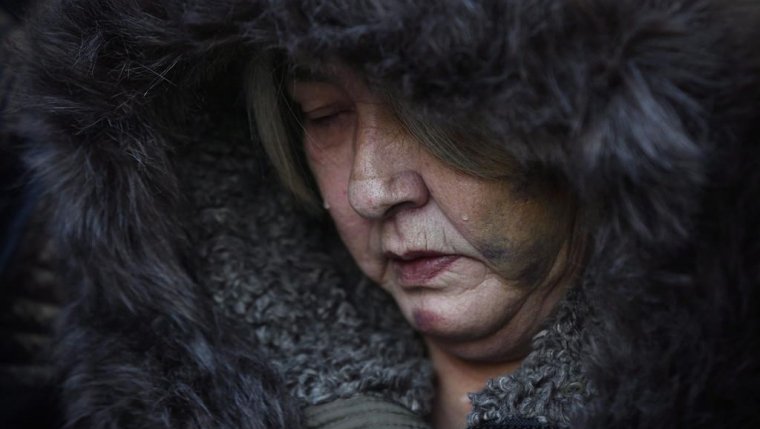 SAGKEENG FIRST NATION, Man. — The woman who raised a teenage Indigenous girl whose body was found in the Red River says she hopes a new report from the children’s advocate will ensure a similar tragedy never happens again.

"Whatever happens, nothing will ever bring Tina back, but with this thing coming out I hope it saves other children," Thelma Favel, the great−aunt of Tina Fontaine, told The Canadian Press.

The highly anticipated report from Manitoba Advocate for Children and Youth Daphne Penrose will be released on Tuesday and is expected to detail Tina’s interactions with the child−welfare system, police, and others before she went missing. It will also provide recommendations to avoid future deaths.

Members of Tina’s family will be present for the report’s release on the Sagkeeng First Nation, north of Winnipeg, where the 15−year−old spent much of her young life living with Favel.

After Tina’s father was murdered in 2011, the teenager had difficulty coping so she left the First Nation in June 2014 to reconnect with her mother in Winnipeg.

When Favel didn’t hear from the girl, she called Child and Family services for help.

During the second−degree murder trial for Raymond Cormier — the man acquitted last year in Tina’s death — court heard how in the weeks after leaving the First Nation, Tina disappeared multiple times, returned to government care and was placed in a hotel.

She was treated at a hospital, interacted with police, called 911 and was captured on security camera footage falling asleep between two cars behind a building named after Helen Betty Osborne — a Cree woman kidnapped and killed in Manitoba in 1971.

Her 72−pound body, wrapped in a duvet cover and weighed down by rocks, was pulled from the Red River that August.

Her death renewed calls for a national inquiry into missing and murdered Indigenous women and inspired volunteer groups such as the Bear Clan Patrol to protect the vulnerable on the streets. A 24−hour safe space for Winnipeg youth was dedicated to her memory last May.

Penrose delivered the report to Favel last week, and while she was unable to share details, Favel said it demonstrates how deeply Tina was failed.

"All the systems that failed her, even now it hurts. I could just picture her walking those streets and nobody helping her," Favel said choking back tears.

"She didn’t deserve that. Nobody does."

Favel said she believes the report and its accompanying recommendations will be an important part of Tina’s legacy, making sure that gaps are closed and children are safe.

"That’s my main concern, that no other kids fall through the cracks like she did."