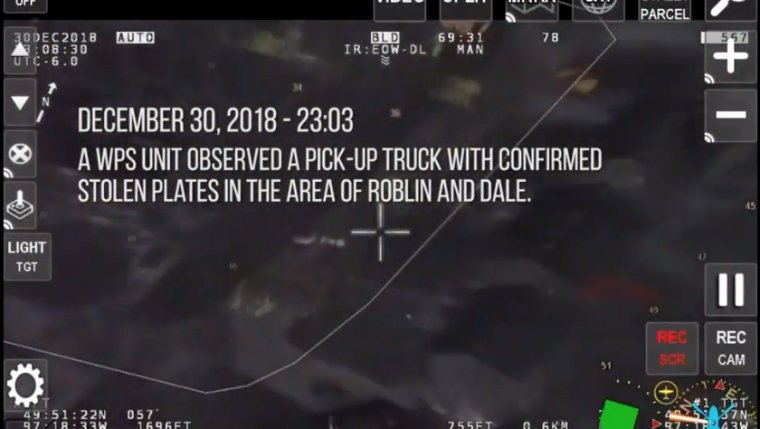 When police began to follow, the vehicle immediately fled at a high rate of speed. Officers gave chase and attempted to block the vehicle in the parking lot at Westdale Junior High School, but the vehicle drove up onto a sidewalk and managed to get away.

AIR-1 located the vehicle, shortly after, in the first 100 block of Brownell Bay. The vehicle was tracked as it drove through the Roblin Boulevard/Dale Boulevard areas and onto the Perimeter as well as Portage Avenue at a high rate of speed.

The vehicle then turned onto Ness Avenue where police were waiting and deployed a Stop Stick (tire deflation device). The vehicle, now travelling at slower speeds due to flat tires, began to travel southbound in the northbound lanes of Kenaston before it became stuck and the driver took off on foot.

AIR-1 was able to track the driver as he attempted to hide in the patio of a residential suite in the 400 block of Kenaston. After maintaining visual contact and coordinating with officers on the ground, the driver was arrested. The man was not permitted to be driving and had Meth in his possession when arrested.

Blaine Lindsey Malcolm, a 33-year-old man of Ebb and Flow First Nation, has been charged with:

He also had outstanding arrest warrants for charges that include: