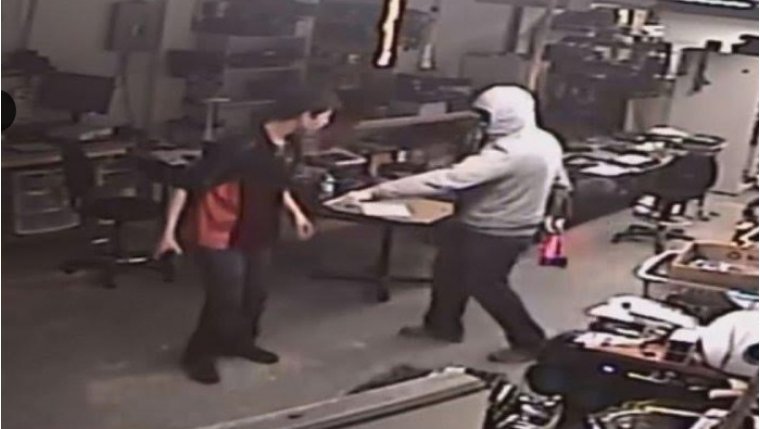 WINNIPEG - A young Winnipeg small business owner is asking for patience and support while struggling to make sense of a horrific robbery at axe-point this week that resulted in the loss of tens of thousands of dollars-worth of merchandise.

Nothing But Tech owner Rui Dias says he was in his computer workshop Wednesday evening when a man and a woman charged through the back door, one of them brandishing an axe.

Dias says, as the pair began grabbing equipment to steal, the male suspect kicked his dog Razor, and when he attempted to pull out his cellphone, the suspects threatened him with the axe and ordered him to the ground, demanding his mobile device as well. The confrontation was captured by CCTV surveillance cameras.

The suspects ended up stealing as much as $30,000-worth of laptops, desktop computers, parts, and other items according to Dias, who says they gave him back his cell phone in exchange for the keys to his SUV, which the Winnipeg Police Service was able to locate a short distance away.

Dias’s business has operated out of 1960 Main St. since July 2020, and he says crime had never been a problem until now. The Winnipeg Police Major Crimes Unit continues to investigate.

A friend of the Manitoba Post since last December, Nothing But Tech specializes in computer repairs, upgrades, and custom-built new and refurbished computers. Dias says he’s taking Friday off to deal with the aftermath of the ordeal, and working toward going back to businesses as usual after that.