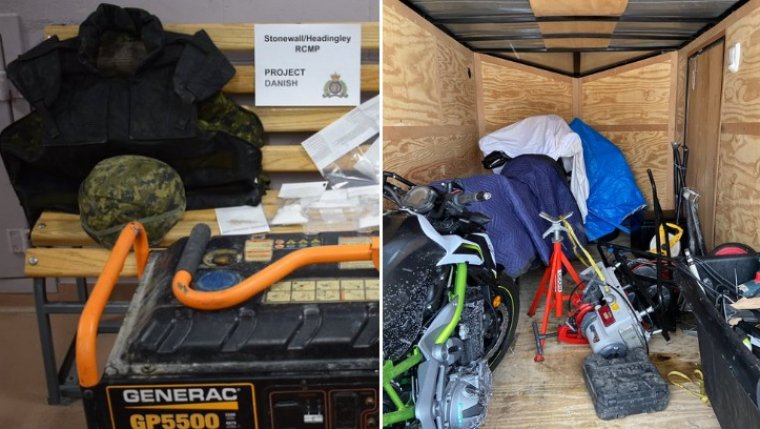 WINNIPEG - Manitoba RCMP say they’re still investigating following the arrest of two Winnipeggers accused in a series of thefts in the Headingley area. Police say local detachments recovered a large stash of stolen items with the help of the Crime Reduction Enforcement Support Team (CREST) while executing a search warrant in Winnipeg exactly a month ago. They also say they discovered evidence of a meth lab during the investigation.

Mounties say they were responding to numerous reports from residents in the RM of Headingley that had been filed within a short timeframe. The search located items that included a variety of power tools and other equipment, a utility trailer, and two motorbikes.

Police say a man and woman from Winnipeg, both 27, are awaiting trial in custody while facing charges that include:

- Possession for the Purpose of Trafficking; and

None of the charges have been proven in court.