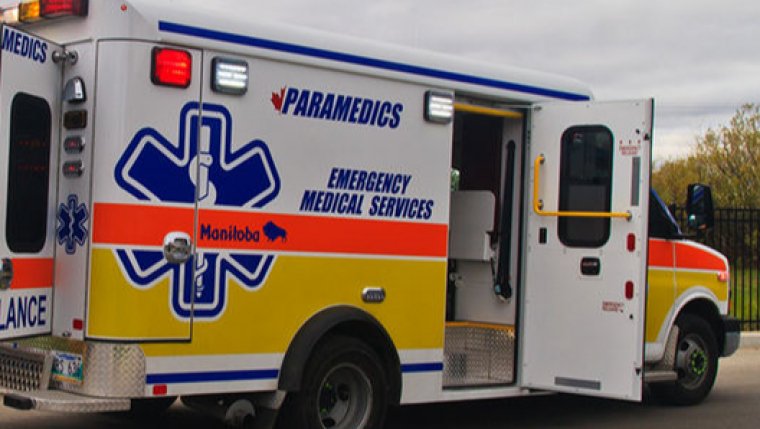 WINNIPEG - Police say an ambulance was stolen this morning not far from Health Sciences Centre.

The crew of the ambulance was helping a naked man near Notre Dame Avenue and Furby Street when the guy jumped behind the wheel and took off.

He crashed the ambulance into the Portuguese Cultural Centre a few blocks away on Young Street where he was arrested and taken into custody.

The cops now believe the man was high on Meth.

No one was hurt.