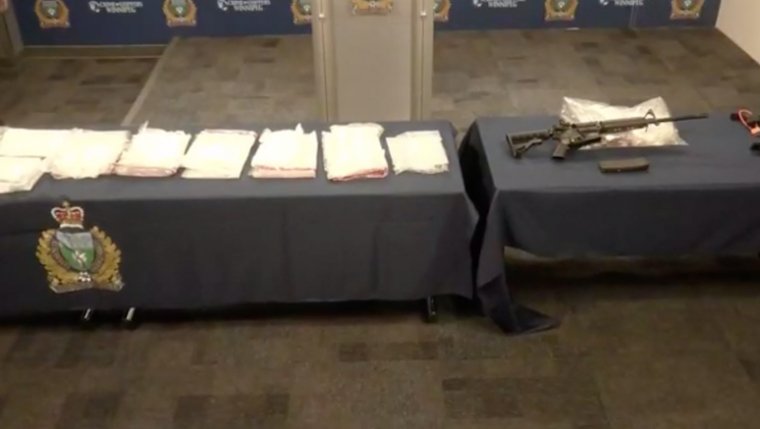 WINNIPEG - Winnipeg Police have made two significant arrests and seizures in two different operations as part of its commitment to combat illegal guns and drugs through the Guns and Gangs Unit.

The first investigation by the Guns and Gangs Unit was connected to a residence in St. Boniface that was suspected to be involved in trafficking. A search warrant was executed on July 12 at a home on Guay Avenue and investigators seized the following:

as well as cutting agent and packaging materials

This amount of methamphetamine had the potential to impact over 50,000 residents of Winnipeg and sadly, is ruining many lives within our community

No arrests have been made at this time.

The second investigation involved a " Straw Purchase" arrest and firearm seizure. A straw purchase involves an individual who possesses the legal requirements to obtain a firearm who then purchases the gun with the intent to illegally transfer the weapon to another individual who would not be able to obtain the firearm legally themselves.

On June 28, 2019, officers with the Ontario Provincial Police conducted a traffic stop on a 35-year-old male driver. A loaded 9mm handgun was located within the vehicle.

An investigation determined that the gun was registered to a male in Winnipeg and that it had not been reported lost or stolen. The Winnipeg Police Service was advised, and the WPS Firearms Investigation and Enforcement Unit began an investigation.

As a result, a 45-year-old male was arrested at a residence in St. Boniface. A 9mm Beretta handgun, a 9mm Smith & Wesson hand and a restricted Smith & Wesson AR15 rifle were located and seized.

He has been charged with:

As dictated by the Criminal Code of Canada he was released on a Promise to Appear.