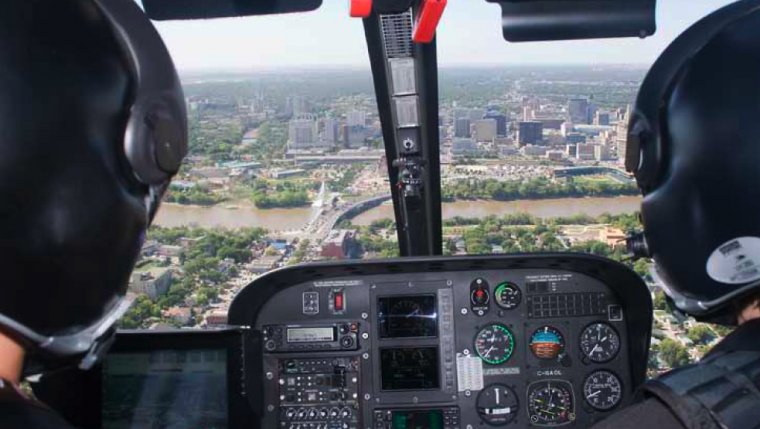 WINNIPEG - Air1 was able to halt an assault in progress and direct police to where the suspect was hiding yesterday evening.

Police began receiving multiple reports of an assault that was taking place at Arlington Street and St. Matthew Avenue at around 9:00P.M.

Air1 was on scene within two minutes and saw a victim being viciously assaulted. They activated their siren which caused the suspect to stop his assault and flee the area.

Air1 tracked the suspect as he attempted to flee the area and directed ground units to where he was hiding in a yard in the 400 block of Arlington Street. General Patrol officers arrested the suspect without incident.

The victim, a male in his 20’s, was located unconscious. He was transported to hospital in unstable condition but has since been upgraded to stable.

25 year-old Kyle Arron Woodhouse has been charged with Robbery and Aggravated Assault. He was detained in custody.