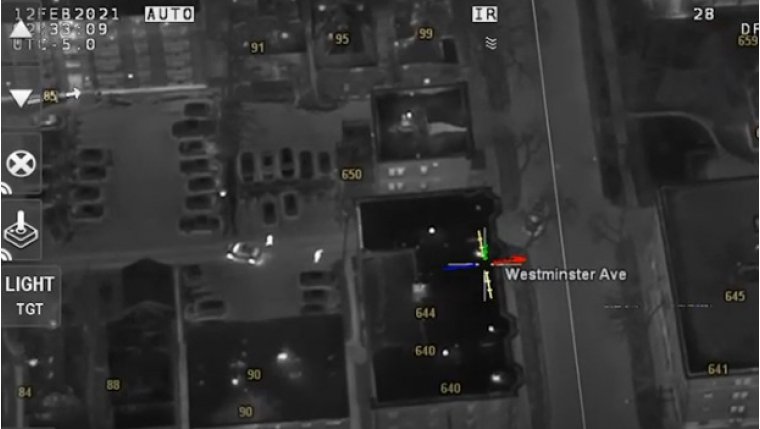 WINNIPEG - Dozens of people were forced from their homes early Friday morning after a police pursuit ended with an SUV driving into a building and rupturing a natural gas line.

The Jeep which also collided with a police cruiser before hitting the building began to run from cops after blowing through a red light.

All of this was caught on camera by Air1, the city's police helicopter.

No one was hurt but some 60 people had to take shelter in Winnipeg Transit buses while the leak was fixed in extreme cold temperatures.