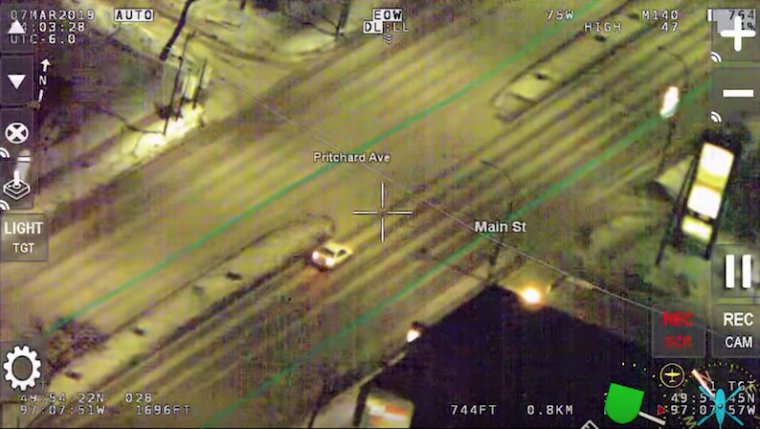 WINNIPEG - An early morning air patrol by AIR1resulted in a stolen car chase and numerous charges for weapons and drugs.

At about 4:00 am on March 7, AIR1 spotted a suspicious vehicle stuck in the snow at Whittier Park. Once the driver had freed his vehicle, AIR1 tracked the Toyota Corolla, which matched a stolen car from earlier in the week.

Once police ran the licence plate and confirmed that it matched the stolen vehicle, they attempted to stop it, but the driver sped up an attempted to get away.

Police engaged a tire deflation device successfully and eventually were able to approach the car when it became stuck in a back lane. The driver continued to resist arrest and had to be extracted through the driver's side window.

Watch the AIR1 footage of the chase here: https://youtu.be/faodCovX2iQ

When the car was searched, officers found an 18 inch machete, break-in tools, a .270 Winchester ammunition cartridge and methamphetamine.

It was later discovered that the male driver had been involved in a home invasion approximately 12 hours earlier in the Spence area where a machete was used to injure two victims. The investigation into that incident is still on-going.

19 year-old Joseph Peter Hunter has been charged with:

Hunter was also processed on an outstanding arrest warrant for: