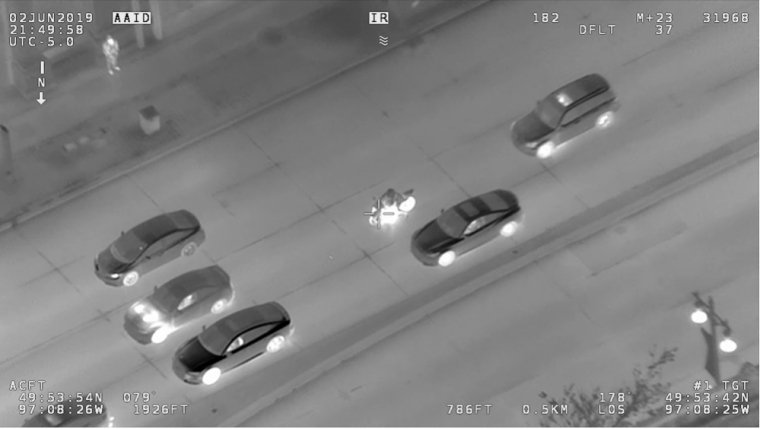 WINNIPEG - An Air 1 pursuit of a speeding motorcycle reported speeds up to 180 kph and lasted 40 minutes before police were able to safely apprehend the driver.

The pursuit began when police observes a motorcycle doing a lengthy 'catwalk' (driving on one wheel) on Portage Avenue east of Cavalier Drive. Another vehicle was travelling with the motorcycle and also driving erratically. When officers activated their lights the motorcycle fled.

The driver of the second vehicle stopped and he was issued POA’s (Provincial Offence Act – tickets) based on his manner of driving.

A description of the motorcycle and driver was broadcast to all units. AIR1 was active and was able to quickly locate the motorcycle. AIR1 followed the motorcycle for 40 minutes! During this time the driver accelerated to speeds reaching 180kph on the Perimeter and 140kph in the City and drove through numerous red lights. The driver eventually stopped and was arrested by East District General Patrol officers. The motorcycle had no licence plate, was not insured, and the driver did not possess a motorcycle licence.

A 22-year-old male was charged with the following offences:

He was released on a Promise to Appear and a Province Offence Notice Appearance Notice.