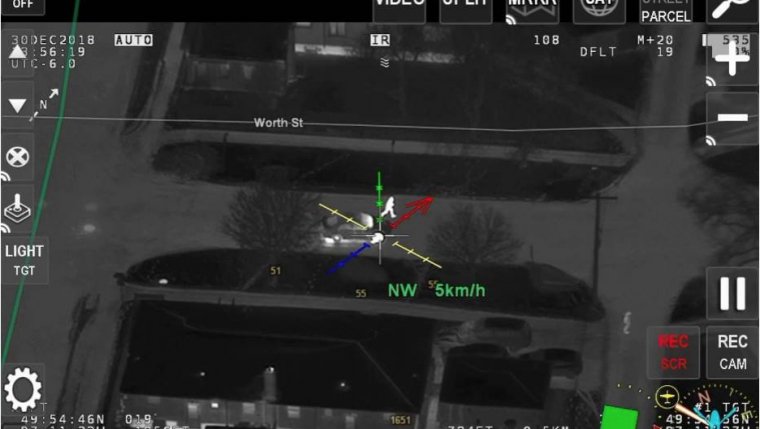 WINNIPEG - Air 1 played a critical role in tracking a stolen vehicle through the North End on December 30th.

At about 11:48pm., police spotted a stolen vehicle speeding through the area of Arlington and Dufferin. It failed to stop for several red lights and stop signs.

Officers used various pursuit tactics to follow the vehicle and when Air 1 arrived they dropped back.

They used a 'Stop Stick' on Keewatin Street and the stolen vehicle eventually came to a stop on Notre Dame where the suspect left the vehicle and fled on foot.

He was tracked by Air 1 as he ran through a residential neighbourhood and was eventually taken into custody in the Bannatyne area.

The following is footage taken by Air 1 as they tracked the suspect.

22 year-old Ronto Antonio Baptiste has been charged with Dangerous Operation of a Conveyance, Possession of Stolen Property, Driving While Disqualified, and Failing to Comply with a Probation Order.