A Second Homicide in Winnipeg 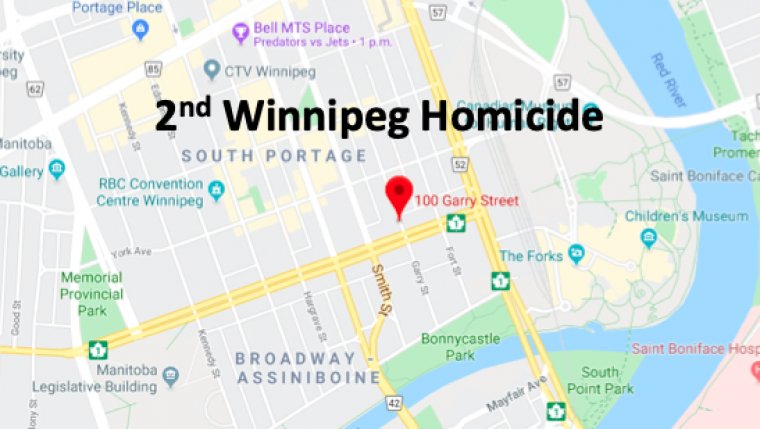 WINNIPEG - Winnipeg's second homicide was discovered when Police responded to a report of shots being fired Sunday morning.

The incident occurred around 2:53 a.m. on Sunday in the 100 block of Garry Street. When officers arrived, emergency personnel located three injured men. All three were taken to hospital in critical condition. Police have confirmed that one man has since died from his injuries.