8 Charged for Drug Trafficking and Firearms Offences in Oakbank 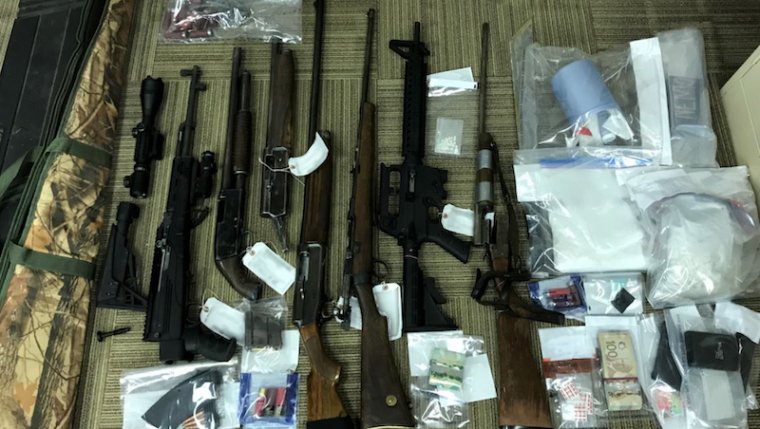 OAKBANK - RCMP arrested 8 individuals and seized a variety of drugs, as well as numerous firearms from a home in Oakbank on April 3.

Methamphetamine, cocaine and fentanyl were found in the home and a number of firearms, including two assault rifles along with readily accessible ammunition and high capacity magazines.

The following four males have been charged with numerous firearms and/or drug trafficking related offences, and remanded into custody.

The following four individuals have been charged with numerous firearms and drug trafficking offences, and will appear in Winnipeg Provincial Court at a later date.