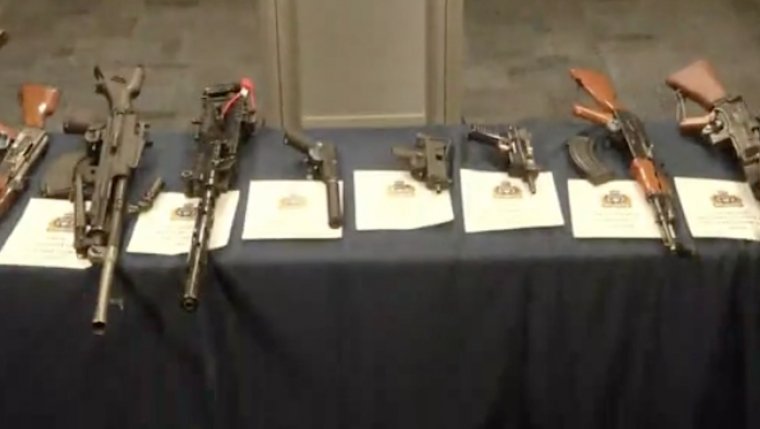 WINNIPEG - A months long investigation involving numerous support agencies has resulted in the seizure of 73 firearms and almost 70 charges for a Winnipeg man.

The investigation began in July when the Canada Border Services Agency (CBSA) intercepted a prohibited firearm suppressor that had been sent from China to an address in Winnipeg. The CBSA Criminal Investigations Unit notified the Winnipeg Police Service’s Firearm Investigation and Enforcement Unit (FIEU) that began an investigation.

A suspect was arrested for possession of numerous fully automatic, prohibited, unregistered and restricted firearms along with ammunition.

A search of the residence led to the seizure of 73 firearms and includes the following:

Andrew Michael Krywonizka, a 41-year-old male of Winnipeg, has been charged with:

- Unauthorized Importing of a Firearm, Prohibited or Restricted Weapon, Prohibited Device or Ammunition

- Unauthorized Possession of a Prohibited Device or Ammunition (x2)

- Unauthorized Possession of a Firearm (x26)

- Possession of a Prohibited or Restricted Firearm with Ammunition (x10)

- Possession of a Firearm, Prohibited or Restricted Weapon Obtained by Crime (x26)

- Tampering with Serial Number of a Firearm